YUNGBLUD - lonely together (a short film about belonging) | Vevo LIFT

YUNGBLUD - lonely together (a short film about belonging)
He comes on like punk rock never died, delivering an attack that conjures both Johnny Rotten and Andrew WK at their fiercest. The roar of energy that marks YUNGBLUD's music can be blistering, and as his songs reveal their intentions you find out that the 22-year-old has a dedication to fighting the power and putting the bad guys on blast. Long story short, our new LIFT artist has an incisive way of venting frustrations often shared by his fans, who are often similar in age and who YUNGBLUD holds in high regard. The Doncaster, UK native came up on a mix of Eminem, Manson and Gaga, but loves the explosive approach of the Clash and Arctic Monkeys. The gent born Dominic Harrison has a similar way of slapping a song around, and his ‘21st Century Liability’ debut proved just how commanding this newcomer could be. Now his ‘the underrated youth’ EP has just arrived, and his fame is spreading. US fans got a nice taste of his power when he had tracks featured in ‘Fast & Furious Presents Hobbs & Shaw’ and ’13 Reasons Why’, as well as a high-vis duet with Halsey, “11 Minutes.” The drama of his LIFT performances has been front and center. Now we're spotlighting his personal passion and his connection with his audience with this telling short film that lets both singer and fans have their say about how to triumph over the doubts and despairs of daily life.

Thank you so much, Dom!) Good luck!

I loooove you Dom with all my heart!! 🖤🖤. Thank you for being an inspiration 🖤🖤.

I want to like all the comments right now (yes, I've read all of them, fight me) but everything freezes and breaks whenever I do. So to everyone, your comments are brining me even closer to the mental breakdown i I'm on the verge of having, sooo... Good job? I love you all ❤❤❤

"Who else feels alone, raise your hands" (is that what he said?)I had the urge to raise my hand and then I died inside. "It's hard to express myself" I don't need to be foreign to be unable to talk about important things (I talk about normal "basic bitch" problems because some day, i'll be unable to tell myself that "it's fine, this is nothing" because of the build-up of Shit I'm dealing with, so then when I go to someone else, I'll start with "ok, so I have this problem-" I think I'll do it to someone who I am less important to. Then they'll tell me "go bother someone else with your dumb "my nail broke" or " I think this guy was checking my ass out earlier" problems, it's no big deal! " they'll probably also tell me I'm an annoying little shit or something. Then I'll be too insecur e

I don't know if your going to see this, but I'm going through it right now. I'm a combat vet with 7 combat deployments, and I'm here to tell you that you have more gusto than I and all my teammates. Your music pushes me to be more myself everyday, and I thank you from the bottom of my heart.

If he was in a movie I would watch it over and over again. 🖤🖤🖤

I wanna start off saying yungblud is a hero, yungblud, is the guidelines that I'm sure some of us not even that most of us probably have been looking for!! it wasn't till I new young blood that I came out to my mother as bisexual🏳️‍🌈 it wasn't till I heard young blood that I felt more free and to be who I am! thank you yungblud and everyone else who supported me even if I don't even know you I love you, u are worth every second❤❤❤🥺🥺🥺🥺

He said that being myself meant that I wasn’t normal But the question is... *what is normal*

Is it bad that I started crying before there was any dialogue... was that just me... dont lie it was everyone

I'm 49 years old with two children ages sixteen and twenty-six. It's the millennials that I see as our saving grace. The hope that this world will actually survive due to free thinkers WOW it makes me smile. So ready for the old fashioned judgemental way of thinking to be gone. With people who are similar to yungblud, Billie eilish and Aurora out there I can allow my mind to rest.

What us older misfits used to call true punk.glad dom is bringing his art to a new generation.and for those young kids and adults who feel out of place.take it from this 50 yr old mom with dyed hair,tattoos and piercings.never be afraid to be what you want.just be kind to each other.as far as the music goes,absolutly loving yungblud.up their with greenday,clash and johnny rotten.would love to see a colab with 21 pilots or greenday.

If you close your eyes you can hear so many souls talking, Elton John, marilyn manson...all those people did that and I'm glad dom does it again for this generation in his very own way.

Comment on this either your TikTok or like phone number or Instagram because I am here, and even though I might not understand everything that has happened to you I will still stand by your side and give you 100% no matter what

I'm so disappointed in myself for not finding him soon enough. I have only known of him for a week and I feel like he is how I wanna be.

it's okay! you should look at it this way : now you found him and he could inspire you

just like everyone else i am crying while watching this. i came from a small town where being different wasnt accepted so i went through highschool/college being a shut in and not really feeling like i belong the only way i found comfort in myself was by drugs and alcohol, once i left that small town i moved to a place that was more excepting but it took me a year to become me, i still have fears of that small town and the people i knew being horrible to me but i dont let them see it, i stand tall and proud as the women(trans) that i am today and the journey i have taken to be in love with myself. so to whoever reads this stay strong you will get there, we as the yungblud family are here for one another and will always be. love you all and biggest hugs from lexi-jayy

Honestly I just wish I could physically have a conversation with Dom.... He's one of the reasons I'm here right now.... He just........ He makes me feel like I can be myself even in my homophobic and transphobic house that I can't leave just yet because I'm still only 15 at this point and I still sometimes wanna just... Shut everything away and just be in my little corner where no one can hurt me but then I listen to his music his voice and sometimes it makes me feel like I don't need to care about what anyone thinks of me and I can just let loose for once and be myself.... Others it makes me cry and get all my frustrations out but I feel so much better afterwards and his whole personality and persona has just.... Helped me so fucking much.... He's probably not gonna see this but thank you.... I thank you everyday for having made and put this music out here for everyone to listen too.... So thank you so fucking much

how can I love this man so much, I don't understand

i am wroting my term paper about Dom, more about Yungblud in general. today was a really hard day and watching this even though its for school, just gave me so much new hope and so much motivation and energy. wow love iit

I love you young blood💋

I would die for this man ....this man , this fucking man is just like so incredibly perfect I would do anything for him I love him with all of my heart and my soul ... 🥺👑❤️🌸

And this is why all my friends who say hes fake can(Apologies for the language)f**k off!

Um...he is no different then most every alternative, punk emo band from the 90s... if he was raised in America would he not of made himself into the guy he is

This century is the best because even more people are starting to express their self and you could see because there are a thousand different famous people who are really different. I strongly agree with him.

He always tells the story about how he goes to the school disco wearing lipstick, straightened hair and a nirvana shirt

This is the most relatable fucking thing I've ever seen.

His laugh at the end is amazing

The amount of times this man has saved my life🖤

I relate to this so much

Boy George did this first back in the 80’s. That androgynous look, gay man during the AIDS epidemic. Hopefully he won’t go the path BG took with drugs/narcotics and truly expresses his potential for many years.

This is actually inspiring I love you man

Thank u, I NEEDED THIS

YUNGBLUD is like the new era Gerard way and mcr

I dont understand why people see this guy as some kind of millennial jesus ?!

That’s what I needed to hear in my life

I finally came out of the closet as pansexual

But I found myself through your music

Dom your my kids ages

Can we nominate Dom and this video for an award? I think he deserves a lot, not only for the music he makes but also for the hope he gives to everyone!

I wish my son could take what you said (and did) when you became yourself ..your true authentic self and wore it like a perfectly tailored suit. I wish he could just be himself and be happy again.

He’s definitely sexy I wish he was my boyfriend hehhhh ☺️

this had me crying. i felt all of this and this is why i love Dom. He means eveything he says and he doesnt give a fook what people think. I love it. I am the way I am today because of him.

That's why i love you🖤
Next videos 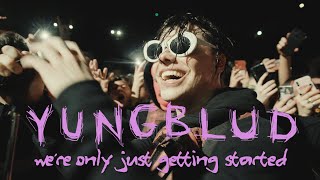 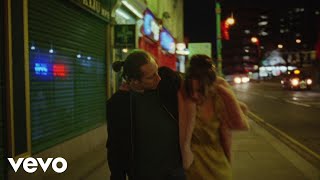 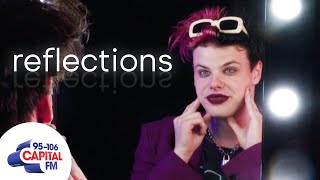 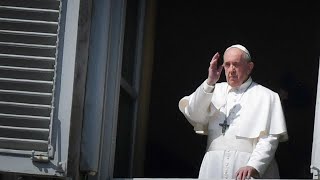 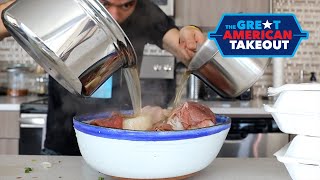 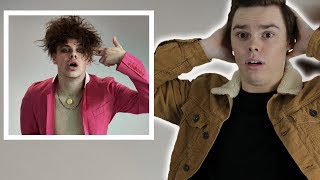 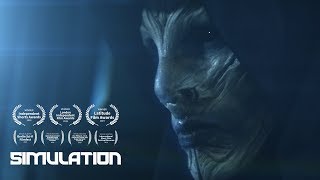 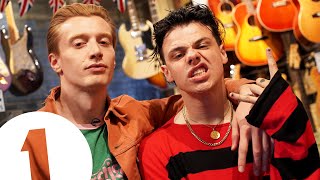 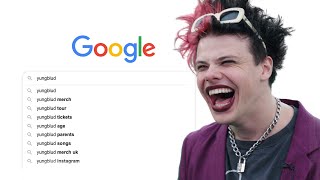 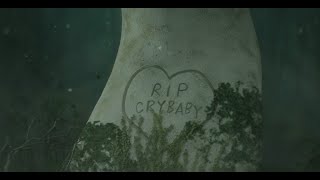 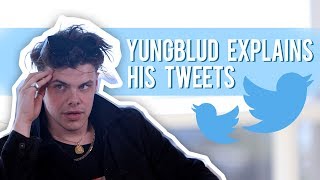 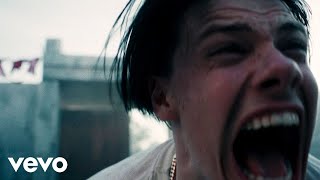 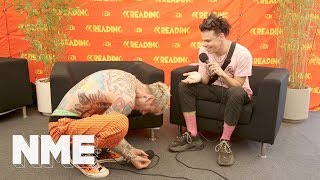 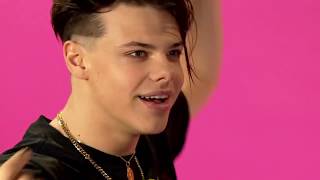 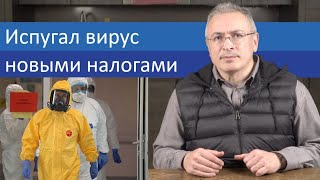 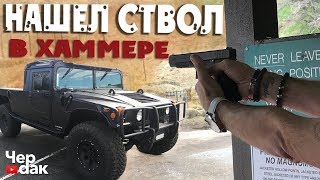 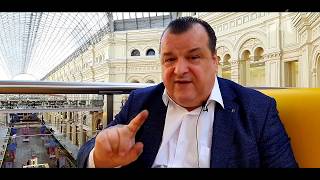 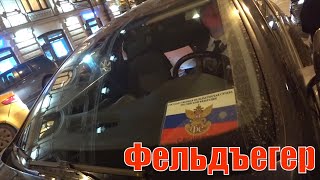 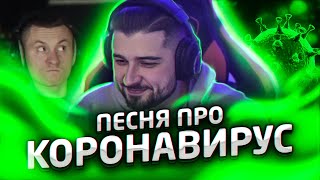 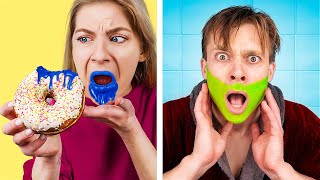 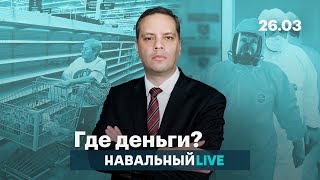 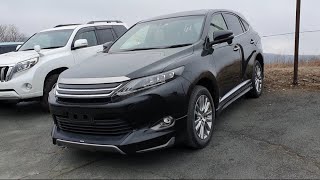