WHAT?! Saveria's Audition Has Katy Perry Jumping Out of Her Seat - American Idol 2020

Saveria may have Katy Perry levitating out of her chair, but does her original song "Tell Me This Is Real" have Lionel Richie and Luke Bryan feeling the same?
See more of American Idol 2019 on our official site: www.americanidol.com
Like American Idol on Facebook: facebook.com/AmericanIdol
Follow American Idol on Twitter: twitter.com/americanidol
Follow American Idol on Instagram: instagram.com/americanidol/
AMERICAN IDOL, the iconic series that revolutionized the television landscape by pioneering the music competition genre, returns on ABC.
American Idol 2020
Helping to determine who America will ultimately vote for to become the next singing sensation are music industry forces and superstar judges Luke Bryan, Katy Perry and Lionel Richie. Emmy® Award-winning host and producer Ryan Seacrest returns as host of the beloved series.

You can see her baby bump here!!

She’s amazing. So disappointed they didn’t put her through. She deserved to go to Hollywood

so no one gonna talk about that cake katy is carrying around?

I literally stopped watching after they told her no. How? Smh. Well, they made me look her up and follow her music. She’s amazing. She will make it anyway.

Her songs on Spotify are awesome, let’s support her. Side note: this is exactly why I stopped watching AI 10 years ago-rigged. The real artists never win.

Couldn't even believe she didn't make it through! Katy was 100% right. These guys should lose their judging credibility. Such a mistake.

(THE 1ST CLIP) I might be wrong here guys cause its just my opinion but I feel like other two judges were more looking from the political perspective rather than from talent perspective. When she said she was from Canada then I noticed weird vibe from judges. I think she definitely killed it her audition. At least better than "Katie girl" who Luke was crushing over last year...but still they gave her chance to go to next Hollywood round. BUT WHY NOT THIS GIRL?? I agree on Katy here

That's why i hate american Idol i mean seriously she's so good .

I have to say I’m not easily pulled in, and this girl beautifully pulled me in! Lionel and what’s his name really do need their hearing checked. She has an angelic quality to her falsetto, and a warm resonance to her lower tones. Not only that she riffs very beautifully, and even has a naturally developed vibrato. And most importantly you could see her passion, which is what ultimately pulled me in. I heard star quality in her voice.

This girl is a better singer then Luke and Lionel combined

Why didn't she get to go thru, the last young boy was not that good at all

I think she is great

She should have been asked to sing another song!

She kinda looks like Joyce Byers of Stranger Things

I agree to theirs disagree, she will come stronger next time.

Someone get this girl, for fuck sakes. KATY GO AFTER HER 🥺🥺🥺

Y'all butthurt she didn't make it, but she broke the cardinal rule of this show. SING A SONG PEOPLE KNOW!! Don't EVER sing an original. This show is not for artists, it's for industry products!!

What’s up wit dat - the boys being mean

I would like to say y’all are constantly they which implies all 3 so I’m assuming you heard it stopped listening to the video, read comments abt her not making it through and blaming all 3 judges. If you watched Katie got pissed since Lionel and Luke stupid asses said no. She broke things and stormed off set. If y’all are gonna be rude about something at least direct to the people who did it and not people who tried help or bystanders. That’s goes for more than just this. People dumb as hell now. Smh

This girl already has a successful career. Look her up. I had a feeling this would be the case. What she is doing now is prob way better than winning idol and losing all her rights. She already writes her own music.

Either Lionel and Luke had gone nuts.... or it was just for a "show."

I’m glad Katy wanted her to go through but I was upset the boys voted no.

Katy’s arrogant. This singer was B- at best. Richie should have the middle chair.

Katy is the only one with a brain and a real ear for talent - Lionel and Luke are usually complete idiots when it comes to judging talent. Katy was absolutely right to be furious that Saveria wasn't put through to Hollywood. #bringsaveriaback

THIS WAS PURE ROBBERY.

she was amazing...! a lot better than so many ppl that went to Hollywood..... so disappointing.

I really liked her you guys should of given her a chance..

Take notice of how they use reverb on some singers and not on others!

She released this song on Spotify too: open.spotify.com/track/4slmYuHJWlMtgbB8MuTumE?si=aT5G098jTo2mrn5uQ0FenA

This audition literally has more views than some of the other ones' who have gotten into top 20 e.g. Jonny West, Francisco, Nick, Julia, Kimmy, Lauren M. , Lauren S.S., Dewayne, Sophia, Mikayla, Olivia, Faith, Franklin, Grace, Aliana... Tell me this is real??

i was swooning and swaying to her voice and my heart shattered when she didnt get in!!! DAFQ???

Were they listening to the same person I just heard? They have put through shit singers but let her go? This is stupid!

No hate but Kay Genyse went through and Saveria didn't 🤐

she's so real and a really good singer.

She got a no? She should have said her mom had lupus and she worked two jobs so she could eat.

This is literally one of the best things I’ve seen on here. I think these judges are usually pretty good but this was a stupid decision

Katy is so great I love her haha

Okkkk American Idol be whack!! And that’s on period!!

Her voice is incredible. It makes no sense why they let people through who arent even half as talented as her.

one of the best auditions ever!!

She’ll b back next year and kick ass.

ooo I thought they gonna ask her to sing another song... no disrespect but are the deaf?

She sounded wonderful i cant believe she didnt go through. Wow! I think they made a big mistake.

She’s really good! They made a mistake

No that's so unfair. Some of the ppl who got through ain't any better than her. Smh

Saveria totally gave me Amy Winehouse feels. They let some less polished and way rougher in this season. Last season Alejandro killed it and lost to Hardy who was hella cocky and not real.

With 1.8 million views and a lot of negative comments they need to bring her back for a second audition call it the (redemption hour) If you want a fake show just call it what you want this is outrageous. American idol the redemption hour

She didn’t get a ticket because she doesn’t have a backdrop story behind her dumb af fake ass show.

Her voice and everything about her is good tho, why? I can't believe this happened.

Hmmmm...she won “The Launch” in Canada.....what happened that she had to try out for AI?

Those of you commwnting how "she is better than half the people who DID get through" and are upset that she didnt get through where i can understand your thoughts i do also just have to say somwthing. A LOT of people who do get through are only sent through so that they have people to vote off the show... As stupid as that sounds think about it... Not everyone can win so tjey have to vote people who are NOT so good because they need ONE winner and a bunch of "not winners", ya know? However i do agree i think this one should have gpnenthrough...

What was there not to get?!? Momentarily tone deaf? That girl was great! There might be work to do, but come on!!! An original song, a beautiful voice, what do those d![kheads need? I don't get it ...

She ONLY needs to work on her weird facial expressions.....her VOICE is amazing. I think she's got it A L L DAY LONG....Hell yah!!!

She’s a great singer but I got lost to be honest I don’t think the song choice was right. Would of liked to here another song

This is why The Voice is the real show form artist! American Idol is looking for an entertainer not a singer. American idol decisions are made base off of looks, sob stories, and someone good for Hollywood.

Katy running away reminded me of an Oompa Loompa haha 😂 For real though, that girl deserved to go through! It was just her song choice, but you could hear everything she could do! I’m pretty surprised by this!

She should of sang a cover, she has a great look n very cool... and yes i have no doubt she will get a deal off the back of the views n comments from those who know best, us the public. If your reading this Saveria, good always rises from bad n u will get a deal trust me, look at the comments n views! love from the UK x

Loved her voice, straight and simple!

She was great, I think they made a mistake. She was better than alot of others they let through.

This is maddening. All they had to do was ask her to sing Lady Gaga. She would win. 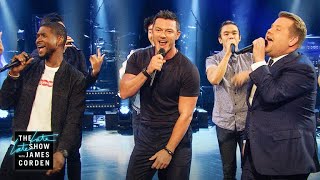 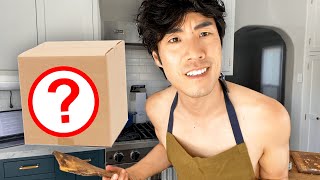 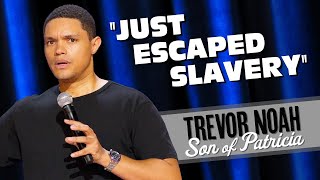 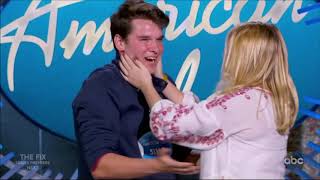 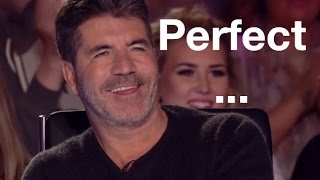 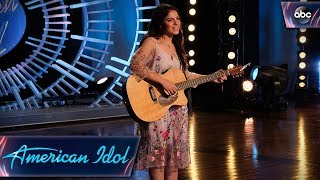 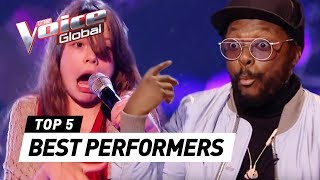 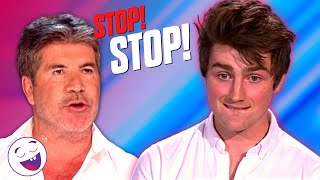 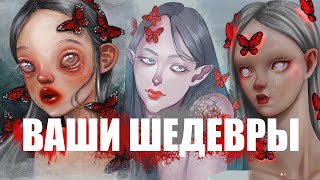 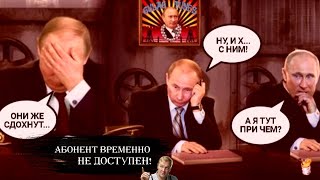 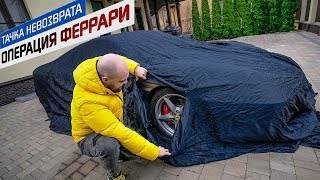 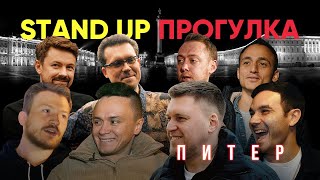 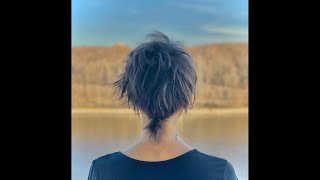 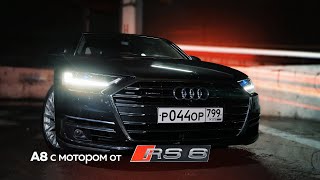 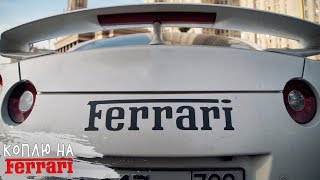 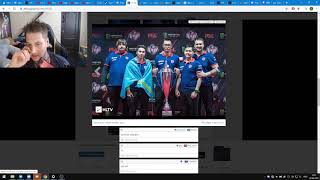 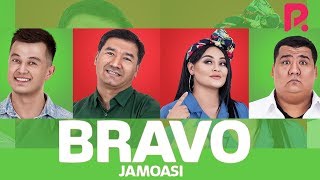