Subscribe and 🔔 to OFFICIAL BBC RUvid 👉 bit.ly/2IXqEIn
Stream original BBC programmes FIRST on BBC iPlayer 👉 bbc.in/2J18jYJ
Live from Horse Guards Parade in London, Huw Edwards introduces one of the world’s most esteemed military displays, to celebrate the official birthday of Her Majesty the Queen.
This year the 1st Battalion Grenadier Guards are providing the Escort and their Regimental Colonel, HRH the Duke of York, has spoken exclusively to Huw Edwards. Huw will be joined by military and royal experts to guide us through the meticulous parade, a balcony appearance by the Queen and the royal family, and the traditional RAF flypast.
#BBC #troopingthecolour #qbp2019
All our TV channels and S4C are available to watch live through BBC iPlayer, although some programmes may not be available to stream online due to rights. If you would like to read more on what types of programmes are available to watch live, check the 'Are all programmes that are broadcast available on BBC iPlayer?' FAQ 👉 bbc.in/2m8ks6v.

I just woke up i-

Hitler want's to know your location!

uh oh...my mum made a bearskin when i was little...well guess i have to enlist into the household regiments now xD

Well, you can't go wrong if you join up....I reckon Grenadiers for you.....with your Surname.

Harry was it really worth it to left your Country and your family going to the USA?

The pandemic is over. No more masks. Breathe easy. Do not comply with tyranny! Shame on the 'Queen' for being a Nazi. Masks are fascism.

Queen's Colonialism. Death to the Queen

Red, white and blue is the Colour .... England, Wales and Scotland 💘

Little prince Louis was the star of the day!!!😍😍

Where are the African British?

me: gets recommended. watches it for 7mins. - My brain: why tf am I watching this....

I saw my flag 😍 Long Live the Queen

the cambridges stole the show!💕

Maybe that's it all the stealing with the Cambridge ,Or try to steal ,

The ceremony is great, tho the Prince Andrew bit didn’t age quite so well

I believe we as a nation have lost our identity to some extent we have not the spirit or resillience we had years ago .But there is one thing we are bloody good at and that is military parades and our soldiers are the best trained in the world .God bless the Royal family and our armed forces .

The British people are really lucky that they still have the monarchy with all its glory.

Is she still around? immortal..like a vampire

Dear majestic, we are all proud to be associate with you and your management from Mohanty family, proud of you to build , very good nation with the UK leadership !

Dear Majestic , please find hearthly congratulation , wish you happy Birthday! Jesus give you esteem and leadership, peaceful, stable economy, more health , wealth ! We love , admire , lead , learn with the UK , all European country leadership, try our level best to lead in All NHS, most advanced country in security, finance , marketing, international strategy to build our country as a world asset !

They hate when the child showed his own opinion or love sinceability,kindnes is two ways for pooor children to became a hater, for rich children's to become narcistic (selfbeloved). The governor's party and.s.k.f. tactics are to hit uperlower, or kick you in the back, promotion ing hate and redemy power in it. You can't trust this people they manipulating. They are energetic vampires, better have no connection with them.. They will laught on any kind feelings, or any kind of humanic, humanitarian show up. If you'll see they church parliament it's just like a pests, that spread the disease, propogainding antisocial, wild behaviour; Horrible place, very smelly. Parliament pays 10 Pound note to single mums with 1 baby, I was planing to get pregnant, but I can't. Prices for baby tissue/trousers in the shop are 12-18€(14-20£) I was thinking I'm going to the gardens overseas and I'll get satisfied acomandations, sorts of regular incomes, people who was dealing with my case told me so .. But when I came overseas I was very disappointed, it's makes me dual, I feel myself like I bured all I was loving, thinks that was making many sence for me, my lifemeaning crashed o want to have a family where I can trust to my beloved once and get married by church, i don't want no more satisfy some people, only because that I feel myself lonely, same time I'm scared of people, they actions, scared to trust or put hope in that what makes me wild, I'm scared that people push on me to make act by force, I gave my youngtime for things that doesn't suites me, I was baptised by alcohols intake in one field of Christianity, they gave me horrible name that messed all my life, then I was baptised to shivaizm against my will, they Forse to intoxicate the name of the god, it's horrible, what people are doing to earth and theyr residence, in others religions is propogainding intake of animal meet, it's horrible that to eat you need to harm someone, and it's so glamourouse , so passionate, that one thing can is to make an excuses. That how the time goes by..that what made me older, the word can kill , heal or turnaround. One thing I know is that I want to clear my thoughts that scaming my head, it made me so scared that makes me feel so unwanted, man forgetting how to love a woman, woman forgetting about the man's nature, trust is less important then spectacular teathre, maybe I'm too naive, but I want to get back and live my own life, fallow my own opinion, live my own life, rather to be scared because of dependency by other people's manipulations, I don't want to put myself in tuff possition,I want to breath and feel no pain in my chest, that came by other people mean. I'm ready to fallow the commands only if I know that it clears , I don't want to be just a little doll in somebody's hands

I live in Europe in Lithuania say so They have grave yards for regular persons overall they have based in the middle of each grave yards some memorials that usually are performed by one leader and the name of his orchestra is some square grave yards owned. For example - brāļu kapi. How to understand - some worriers died in orchestra ? The name of the leader.. That's sounds retualtistic

One for all and all for one thank you kindly

Yes indeed they are the business

Inform spot on hats wo

And the people of England

You have done us proud

Good luck on your retirement

God bless our queen Elizabeth and the commonwealth islands

I used to live in the community's it was miraculous time

There is a level of sincerity, which commands respect. A Soldier's March should be choreographed for that very thing in what some refer to as a PEACE TIME MILITARY, when there is no peace. As one American I say, "Eternal Life The King and Long live the Queen ."

This wonderful event would be so much more enjoyable if the commentator would please,please stop talking if only for 30 seconds just ever once in awhile.

years of .getting anything they want paid by the public ponces get rid of them all i say how dare they

Ok we pay tax and government pay them with our tax 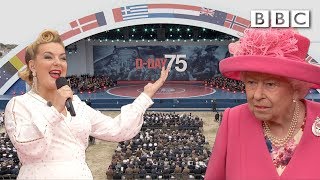 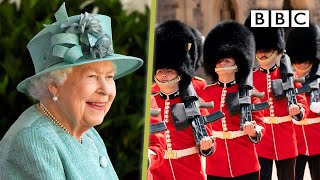 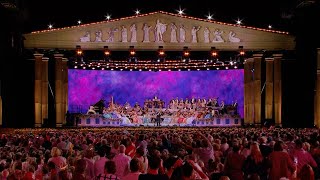 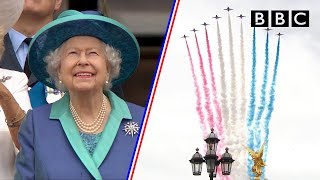 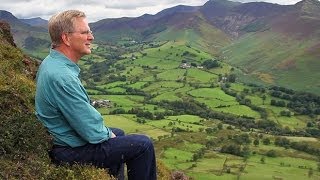 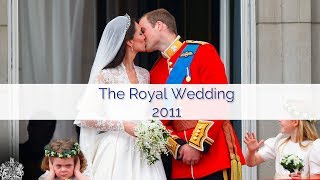 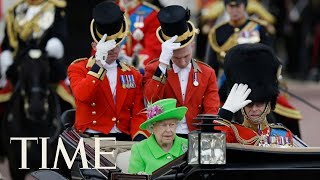 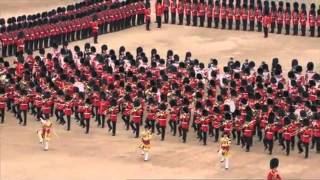 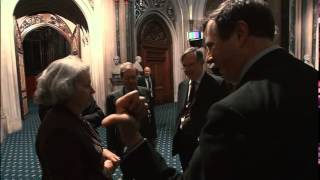 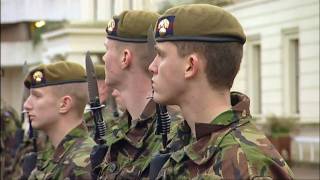 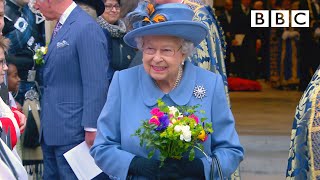