Something doesn't have to be scary to frighten the life out of you. For this list, we’ve picked out some of the freakiest, nightmare-inducing characters to appear in movies from genres other than horror. We’re talking about those characters that, for one reason or another, creep you out, but are not what most would traditionally class as scary. Oh, and just to be clear, a character just being intimidating isn’t enough here. So, Terence Fletcher from “Whiplash” and Gunnery Sergeant Hartman from “Full Metal Jacket” - haa, you can’t get us! At least, for now. Our countdown includes films such as “The Lord of the Rings: The Return of the King” (2003), “Batman Returns” (1992) & “Terminator 2: Judgment Day” (1991). Did your favorite scary character from a non-horror film make the list? Let us know in the comments!
Watch more great villain videos here:
Top 10 Scariest Horror Villains: ruvid.net/video/video-1XH8fGeaA_0.html
Top 10 Ridiculous Horror Movie Creatures: ruvid.net/video/video-8fh11EyWoM4.html
Top 10 Underrated Horror Movie Villains: ruvid.net/video/video-eYmpUpe76AM.html
Have Your Idea Become A Video!
wmojo.com/suggest
Subscribe for more great content!
wmojo.com/watchmojo-subscribe
WatchMojo’s ten thousand videos on Top 10 lists, Origins, Biographies, Tips, How To’s, Reviews, Commentary and more on Pop Culture, Celebrity, Movies, Music, TV, Film, Video Games, Politics, News, Comics, Superheroes. Your trusted authority on ranking Pop Culture.
#scary #creepy #movies

Which character from a non-horror movie gave you the chills?

Agent Smith from The Matrix (1999). Christ he was menacing. His possession thing in the sequels were creepy

@Gitzy Star I agree. Just the thought of her headless body lunging after Dorothy scares the crap out of me!

The Other Mother, from Coraline. She appears as a perfected version of your own mom, but with button eyes. You think you would be put off but she smooths talks you down, shows you the fun parts of her world and cooks your favorite meals. And when you prefer her world than yours, she might convince you to let her sew buttons into your eyes only for her to devour your eyes. And if not, she'll turn into a giant spider monster and force you to have them.

The Pale Man and the Joker 😰

Judge Doom should be number 1! He TERRIFIED me when I was a kid!

You forgot about the red hair guy from shrek

Me: :) after watching, who framed Roger rabbit: T_T

Did anyone else notice the coincidence? n the honorable mentions Blue Velvet is followed by a character played by TOM NOONAN.

Judge Doom... played today by Adam Schiff. Though, Schiff doesn't have the presence, talent, or charm that Christopher Lloyd has.

Y’all just gonna make this list without acknowledging the other mother?

Personally, Judge Doom scared me more with the shoe scene than the eye popping

Terence fletcher is horrorfied only one....

Oogie-boogie (A nightmare before xmas); the witches from The Witches

That Child Catcher still creeps me out to this day. Why I refuse to watch Chitty Chitty Bang Bang to this day.

The end of the movie with Judge Doom scared the ever loving crap outta me as a kid.

the belly dolls from toy story 4

I watched Who Framed Roger Rabbit when I was a kid but that guy didn’t scared me that much.

What about the dark figures in Ghost? Those were kinda scary considering where they were taking the ghosts of the criminals.

The ones that are scary to me are as follows: The Emperor from ROTJ. The scariest part was when he was trying to kill Luke Skywalker! Mombi from Return to Oz. I can't get the image of her headless body lunging after Dorothy out of my head! Voldermort from the Harry Potter series. Need I say more? Judge Doom in Who Framed Roger Rabbit. His big reveal as a toon was scary! And finally Alex from A Clockwork Orange. What makes him scary is the fact that he is good looking but he has violent tendencies and the thought of being raped by him scares me!

wow, half oof this list is a straight up rip-off of the villains list the nostalgia critic did few years ago

What If I Steal The Pale Mans Eyes And Then Jump On Them And Squish Them And Then Eat His Fruit?

Phobe is the best

Bill the butcher cutting that guy is so dammed creepy

Blue Velvet was so fucking terrifying in such a skin crawling way, yes. Leave it to David Lynch to make surreal nightmares come true. But his short films are even more terrifying. The Grandma one... Oh my god.

Phoebe: Hands up! Who was scared of him as a kid? Me: *hands down* Funny enough, I first saw this film when I was four and Judge Doom never scared me for some reason.

I’m so glad Anton made the list. Bardem was absolutely terrifying in that movie.

Pale Man = Pyramid Head when he gets old.

Uh excuse me how was Voldemort not even mentioned?

@Janskas Jack yes me too. I remember me being really scared as child even though he isn't in real body in the first one.

Ikr I was expecting him to be number 1

Who thought it was a good idea to put cartoon eyes over a live action person?..... that's kind of brilliant.

how about the rabbit from donnie darko?

"Night Of The Hunter" IS a horror movie of sorts, so Harry Powell shouldn't even be on the honorable mentions for this list.

God who thought of them

I'm surprised that Judge Doom beat the Witch King and the Emperor on this list.

The Wicked Witch of The West from The Wizard of Oz was scary (heck she was the reason why an episode of Sesame Street was banned from air, it took an episode of Mr. Rogers' Neighborhood to show kids the character was just make believe). Also, Vigo from Ghostbusters II (especially when he changes to his final form and possesses Ray).

What about the Green Goblin in Spiderman.

What about The Sniper From Phone Booth?

Pale Man was definitely the worst imo, the eyes on the hands were just too creepy. Still a great movie though, one of the best horrific non-horror movies ever made. I do feel bad for the guy who played the centaur, that costume had to have been incredibly uncomfortable to perform in, though he did a fantastic job regardless.

Bobby Peru got a mention! Yuss!

What about scorpio from dirty harry??

Let's not forget to mention the witch from Hansel and Gretel in thd 1987 adaptation.

Definitely would've put Frank Booth in the list directly and not as an honorable mention. It is nice to see mention of the Ripper from Last Action Hero though, it's surprisingly infrequent to hear any discussion of him as a creepy non-horror villain.

Ok good list. I agree. I also agree with some of the ones below. Maybe do another top 10. Also, does anyone remember the 80's Alice in Wonderland the white queen? She was pretty scary when I was little. 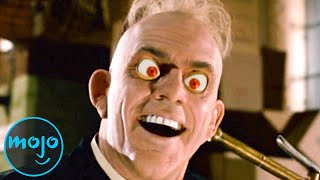 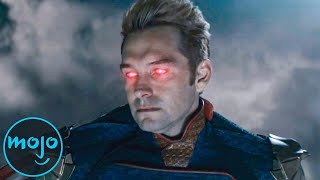 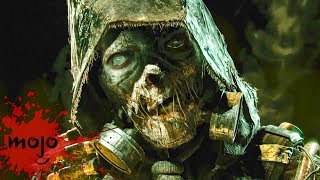 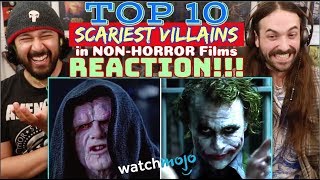 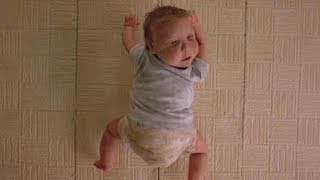 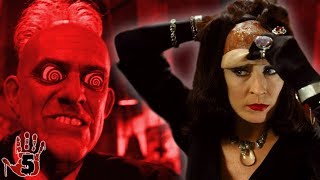 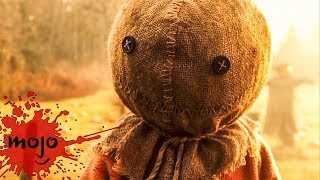 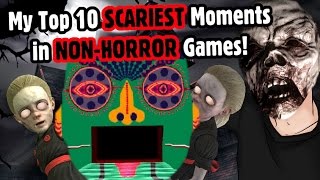 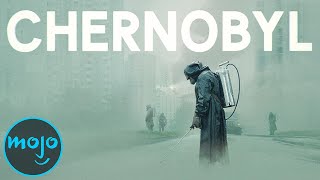 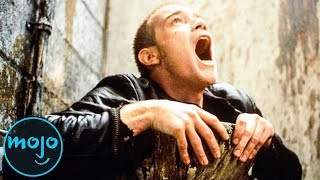 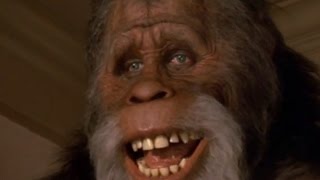 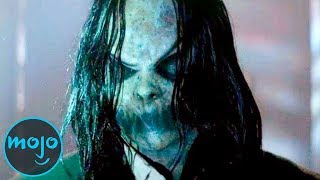 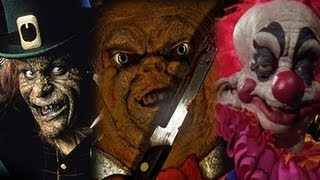 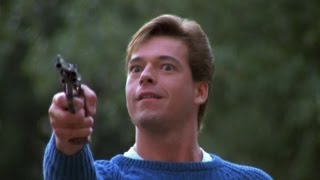 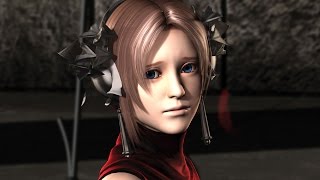 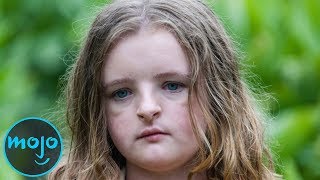 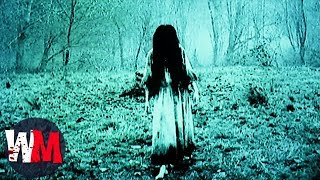 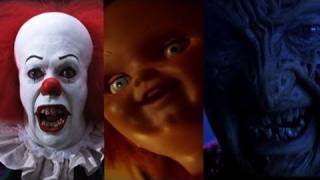 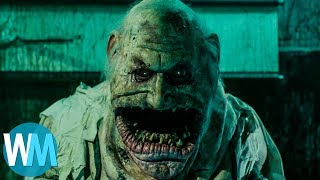 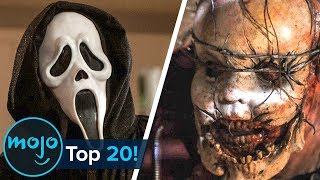