So political campaigns are a pretty big deal in the United States. For instance the 2012 presidential election clocked in at the most expensive ever - at around $6 billion dollars! Needless to say, money plays a very big role in American elections. So today, Craig is going to take a look at why we have campaigns in the first place, why the campaign seasons run for so long, and of course why campaigns cost so much.
Produced in collaboration with PBS Digital Studios: ruvid.net/u-pbsdigitalstudios
Support is provided by Voqal: www.voqal.org
All attributed images are licensed under Creative Commons by Attribution 4.0
creativecommons.org/licenses/...

I still dont understand why campaigns need to raise hundreds of million of dollars for hotel rooms and flights....maybe a commerical here and there.. still things ain't adding up.

Just like the rest of the DNC/liberal mainstream media (aka propaganda mill), PBS has been corrupted by the democrats (aka liberals/globalists) so its info is unreliable. The lighthearted humor doesn't sufficiently disguise your misinformation. Why not do a video on how politicians get rich via donations running for office (e.g. Bernie Sanders and ALL of the others)? Wouldn't want to expose the truth, right?

'contributions are not bribes' based on what? what do you suggest they are, charity? corporations showing civic responsibility?

Craig, I knew John Green. John Green was my friend. Craig..... You are no John Green

How many are watching this for test coming up for civics

Is it legal to make a youtube video advertising a presidential candidate without working or volunteering at an organization?

Doesn't trump have a written note written in all caps that's says, everything is PERFECT! Hard to argue with all caps.

So, if the donation goes to a "good cause", the donation can essentially be unlimited, and candidates can join these "good cause" organizations in order to receive more money per individual. Am I correct in my assumptions based on this video?

If Craig only foreseen how Trump changed everything

Just slow it down on the settings button. I do it all the time.

I see a lot of “money shouldn’t equal speech,” but the thing is that Political Speech is the MOST protected type of speech under the First Amendment. SCOTUS ruled to get rid of spending limitations because it infringed on freedom of political speech. Whether you believe this is good or not, it is a product of Judicial Activism and is how SCOTUS decided to interpret the Constitution.

Iowa is a swing state... making it pretty important in the presidential election :)

I hope I don't come across as mean, but I think this video is undermined by the extremely unfunny "jokes".

You are coming across as mean.

It's for kids. And I agree too

SMHMMMMM SNIFF YIP YOU CAN SMELL THE UNDIAGNOSED POLITICAL AUTISM

I am scared of beards but you have the cutest baby I ever saw. Soon you will need a Nanny. I am NOT available.>(((*>

Help my campaign be the most transparent, for God's Glory, grass roots funded campaign ever! Matthew E. Bradshaw ThePOTUSof2020

Punching the eagle is just cringy

Also be warned that if you donate to a candidate via a phone solicitation, odds are good that none of the money you thought will help your candidate will actually ever reach where you wanted it to go. Instead, most of it will be eaten up by the "marketing costs" and "administrative fees" incurred by the call centers & their owners. I think by law, only 2% of donations actually have to go to the cause or candidate. Don't ever give money over the phone...

I hope trump wins I think he's got the balls

Who is going to be the only one to stand out and stop geo enginerring the chemical assult that's going on everyday on US Citizens and the the food poisioning with GMO Monsanto loaded foods that r desinged to kill people like rat poisons kill rats who's got the balls,,??????????

Its Left Wing policy of government meddling in the economy that encourages corruption. Take politicians out of the economy and there won't be any more money in politics

Why do you punch eagle?

This video doesn't mention that US elections are the world's most expensive. I think its an important comparison. It should also be updated to include the growing number of candidate that are refusing PAC money.

Down with super pacs!

They should be based off actual ISSUES and policies, not the candidates’ personalities and ID politics.

Why does he say TV so weirdly???

Always skeptical of billionaires as politicians, yet non politician President Trump US elected. Indeed, retaining former business associates as current political associates is never in the public's interest. However, influencing elections outright is even worse. Campaign finance reform is what the US should also be investigating as recent midterm elections had Tom Steyer contributing $120 million.

Gil Cisneros..... Who else sees this ad? RUvid’s algorithm is scaaarrrry.....

Money = speech came to us from all the republican appointed SCOTUS Justices. Thanks republicans. Of course rebubs would say in campaigns there should b no limit on PACs that “money is free speech”!!

Bring back the table of contents?

This dude actually makes me learn AND laugh hahaha

Campaign contributions are bribes, plain and simple. You can call it something else, but it's legal bribery.

I've been a huge fan of crash course for my entire high school career. I'm honestly beginning to wonder if Stan is a real person, or just a figment of imagination both John Green and K-dawg like to talk to.

why is this cursed meme even in my learning

Informative video, but you are so unfunny it is literally painful.

We need publicly funded elections to buy back democracy, and we should treat members of congress as harshly as college scholarship athletes. Where they can't take money from anyone, for any reason, at any time.

NO UTERUS NO VOTE

Crash course alright... heavily glossed over about which elements in campaigning should run in hundreds of millions of dollars. Campaign buttons and signs... Seriously? One would think that the digital information age would make it cheaper and easier to spread. Is it necessary to shell out 10's of millions of dollars to GoDaddy for website production and RUvid channels? Network television time slots shouldn't mean as much as they once had, in fact they're becoming more archaic after each cycle, and that should be considered a good thing!

do you guys understand what a permanent campaign is?

How would I cite this?? MLA

Hmmmm...... Iowa doesn't matter? Its caucus only decides who will be the candidates in the nationwide primary.

LOL HOW DID THEY KNOW TRUMP WOULD GO FOR POTUS LOL 6:55

why is there no comparison to other governments and campaigns finance reform? is there a link to a less biased video?

This is a series about US Politics

It´s their people who they want to freed and not necesarilly their politicians (political science works diffently and even in a contradictorian way in comparison to social science), so their bets goes to the effects of their contradictorian actions rather than the immediate socially spected by rules O.O

So, what he is saying, is that big companies are unable to provide very much funding to individual campaigns and people running (a.k.a. a small 3rd party) however instead they are encouraged to provide "not a bribe contributions" to major political parties? Sounds less like an ethics law and more like a law restricting any third party from ever reaching the public.

I love these videos they help me understand what i am learning in class. Thank you.

the eagle gets me every time lol

We live in a modern aristocracy

Craig is my favorite! These videos are so awesome, I wish he was my government teacher. :D Thanks crash course!

"...When a congressman who receives millions of dollars from the oil industry then works hard to weaken regulations on oil companies so they can make more profit." Hey, you mentioned the senator from my state. :P Seriously though, that's Senator Inhofe, sadly.

@***** I plan to, if nothing else our other senator's seat is up for grabs and the candidate running against him is someone I've known for years and thus know will be more responsive.

Minimum wardrobe, no makeup, and a receding hairline. (Sarcasm.)

...okay... I haven't been watching CrashCourse long, but... what's his problem with the eagle?

It's just a inside joke

"Money equals speech" would work as an argument if the United States was communist, but it's not. As a capitalist state some people are going to have more money than others (which I'm not against as I think a meritocracy is the best system), so if money equals speech then some people will get to speak more than others, dismantling the foundations of democracy. I would argue that the current campaign finance system goes against the fourteenth amendment which is supposed to guarantee equal protection under the law. It's not equal if the richest people can be more protected against regulations than common people. This isn't a diss on the video, by the way. I'm just stating my opinion on the issue.

But you're acting like the poor don't have a voice at all or that the rich get extra votes. Everyone gets at least one vote.

you have a red tie in the intro so are you a republican?

+Sen Choi really? a color is copyrighted by a political party?

This series is wonderful, but is there any way of getting hold of the sources for the statistics being mentioned ?

If the Supreme Court already prohibited the limitation on campaign donations, how would congress prohibit it ????

Ahh, US politics. The most complicated system of politics
Next videos 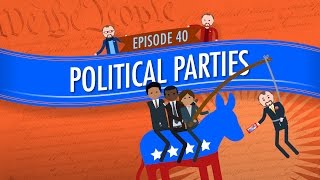 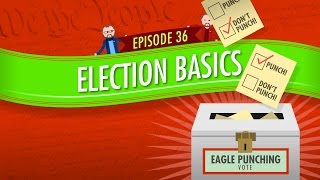 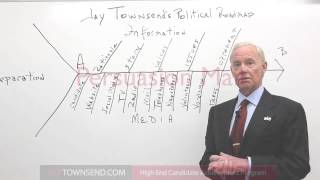 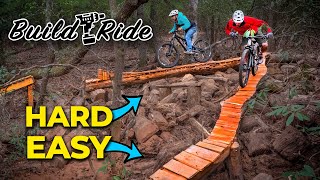 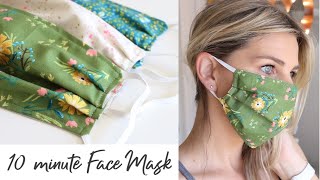 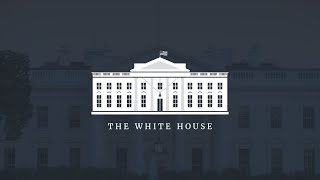 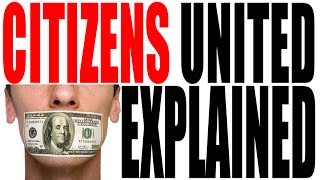 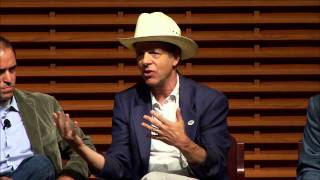 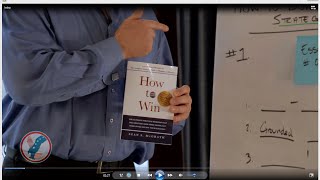 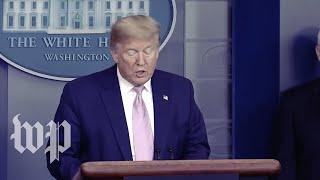 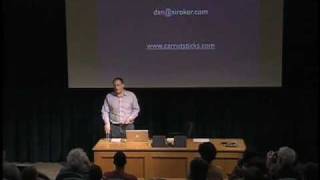 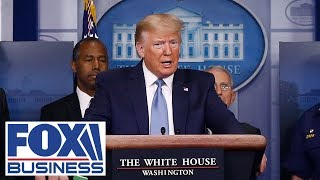 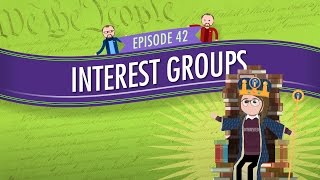 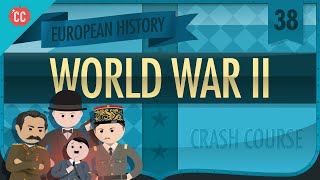 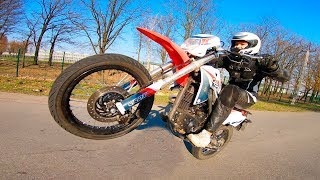 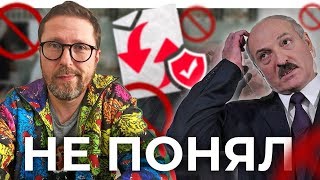 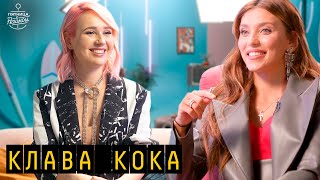 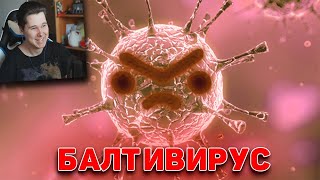 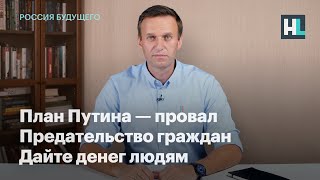 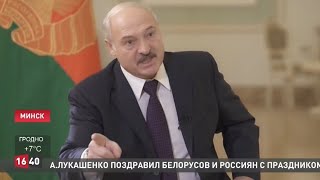 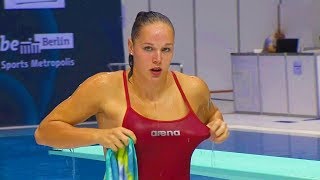 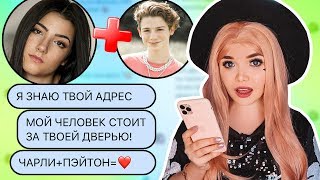