You can donate here: www.justgiving.com/TheArsenalFoundation
Arsenal Football Club has always understood the power it has to bring people together and make a difference in the community.
Back when the club was formed in 1886, matchday programme cards were sold to raise money for Homes for Working Boys at the club’s former home in Woolwich, south London.
When Arsenal arrived in Islington in 1913, one of the club’s first gestures was a gift of one thousand guineas to the Great Northern Hospital for the endowment of a new bed.
As the club has grown over the years, so has our ability to make a difference.
We became one of the first clubs in the country to set up a dedicated community teamin 1985, in response to social unrest in London at the time. Today, Arsenal in the Community works with over 5,000 individuals each week across a range of education, social inclusion and sport programmes.
Arsenal’s tradition of giving has also expanded over the years, from making contributions to good causes local to the club to supporting major charitable projects in the UK and overseas.
In 2004, we launched a Charity of the Season initiative which saw ChildLine, the David Rocastle Trust, Willow Foundation, Treehouse, Teenage Cancer Trust, Great Ormond Street Hospital Children’s Charity and Centrepoint all benefit.
The Arsenal Foundation was launched in May 2012 as a grant giving organisation with the mission to help young people fulfil their potential.
Save the Children, the Willow Foundation and Islington Giving are all official partners of the Foundation, with a great number of other projects also benefitting from grants and support.
We are currently working with Save the Children to build football projects for children around the world who need a safe place to play and to be children again. Pitches have been built Iraq, in camps for displaced children fleeing war, in Indonesia, Somalia and Jordan.
This level of support can only be achieved with the support and generosity of The Arsenal family. Each year players, staff and supporters get involved in a range of activities to raise awareness and funds for the Foundation.
With this fantastic backing, The Arsenal Foundation continues to go from strength to strength.
For more match action, highlights and training videos, make sure you become a digital member and sign up to Arsenal Player. It's FREE and is the Home of the Game: po.st/YTArsenalPlayer
Subscribe to the Official Arsenal RUvid Channel: arsn.al/Subscribe
Follow us on Facebook: po.st/facebookyt
Follow us on Twitter: po.st/twitteryt
Follow us on Instagram: po.st/instagramyt
Follow us on Soundcloud: po.st/soundcloudyt
This is the Official RUvid channel for Arsenal Football Club. This channel will aim to showcase the personality of Arsenal Football Club and give fans more of an insight into what it's like to be at this fantastic club. This channel will look behind the scenes and get closer to the likes of Mesut Ozil, Pierre-Emerick Aubameyang, Henrikh Mkhitaryan, Alexandre Lacazette, Bernd Leno, Danny Welbeck, Granit Xhaka, Hector Bellerin, Petr Čech, Aaron Ramsey and more.
ABOUT ARSENAL FC
Arsenal Football Club were formed in 1886. They have amassed 13 League titles, 13 FA Cups and many other major trophies since then. Their greatest players include: Thierry Henry, Dennis Bergkamp, Tony Adams, Ian Wright, Robert Pires, Liam Brady, Patrick Vieira, Cliff Bastin and Charlie George.

No no no I wan't to know if legends are real!

Lehman still got it??? Ready for come back :)

We go from watching Arsenal legends to seeing Elneny and Maitland Niles at the end of this video. Well done Arsenal, reminding us of what we used to be to what we are now.

This is the only game Arsenal will win 😂😂😂😂

Who the hell is Jeremy Aliadiere?!?

@Vinesen Curpen dude i know who he is but when did he become a legend? He played like 40 games in 5 years

Lol since when ur a arsenal fan??

This match has higher attendances than a league game in india

What is it with these legends matches I like em but half the players aren’t legends like upson and aliadiare are arsenal legends yeah?

Rosicky is an Arsenal Legend?? He’s not that old

Rosicky is more legend than Upson or Aliadiere xD

I wanna ask something : Did ManCity have players Legend ?

Wait man. They will have a lot of legends in the future.

Frank Lampard but he was not in his prime then

Who was the Real Madrid goalkeeper?

Contreras. He played for Betis and Málaga mostly.

Lehman is way better than cech

Interesting that they chose Mike Dean as the referee for the match.Guy has 99 red cards out of his pocket in his career. No other referee is near that.

So that means arsenal won against real madrid

I'm surprise no Henry ,no wenger ,

I went to that match

All those years of keeping fit some thought "we deserve to eat cream cakes"!

where is arsene wenger

Jeremie Aliadiere , what a legend :i

Im sorry but Upson didnt quite play a lot for us, how is he even an honorable mention. At least Aliadiere didn't play a lot but he played in the invincible squad too

Aww I remember seeing Lehmann and Rosicky play at 2006 world cup when I was 15 years old. I would never forget what Lehmann did for Germany against Argentina. Both players such legends!Lehmann still looks young and fit..he could play better than a lot of young players I think.

I was at the match

We need bergkamp in these legends matches

i love you arsenal

Lehman the legend.. only if he played the 90mins in the UCL final.. sad.

Who took the 2nd goal for Arsenal? Ray Parlour? 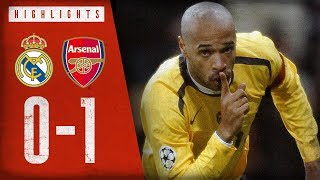 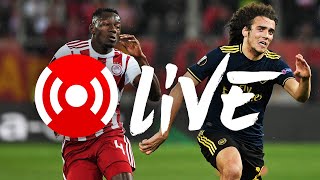 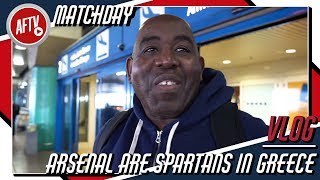 16:13
Arsenal Are Spartans in Greece! | Olympiacos vs Arsenal VLOG
Views 3 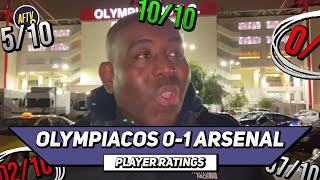 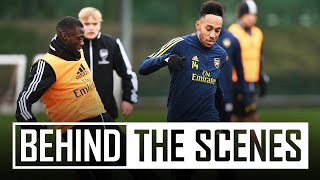 2:07
"There's GOAT, and then there's Aubameyang" | Behind the scenes at Arsenal training
Views 211 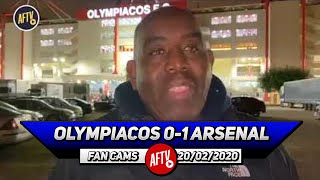 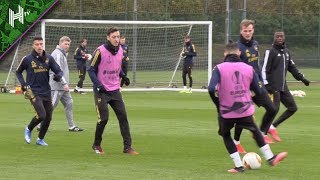 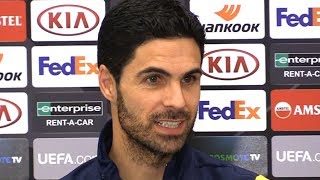 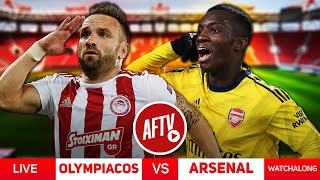 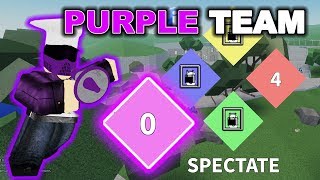 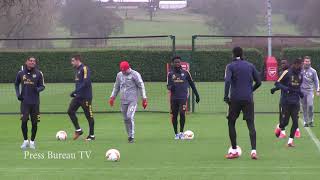 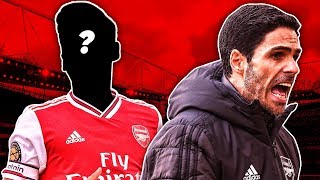 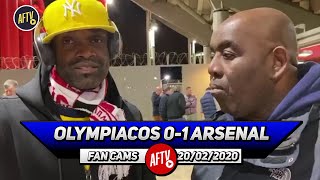 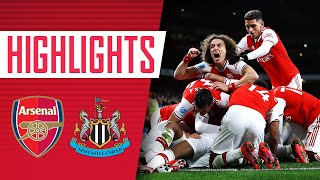 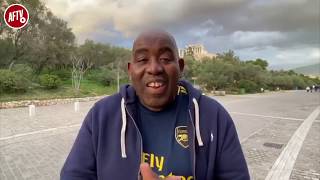 4:58
Will It Be A Martinelli Masterclass? | Olympiacos vs Arsenal Live from The Acropolis
Views 45 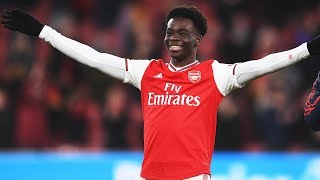 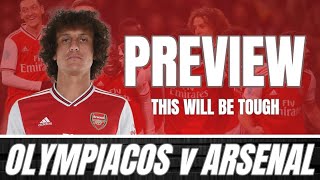 13:28
OLYMPIACOS v ARSENAL - THIS IS A VERY HOSTILE PLACE TO GO - PREVIEW & PREDICTED LINE UP
Views 39