Who had the better offseason pickups: Lakers or Clippers?

@Pat4Clippers Of Course not. What happened? Wasn't Kawhi and PG supposed to raise your team up? Didn't even make it to the WCF LMFAOOO.

@YunGxSaUcE what r u talkin bout. We improved our roster with hungry dogs like Wes, Dennis, Trezz you name it. La selfies gon choke again as usual

Has the clippers picked anyone up?? 🤣

I just posted my reaction to the Bogdan signing! I just need some motivation so if you guys could check it out and show love I would really appreciate it a-lot

“I JUST WANT YOU TO KNOW, that we’re better today than whenwewerelivinanddrovehereamonth and A HALF AGO!”

Lakers are going back to back bro

This segment is the embodiment of lebron fans vs the haters ... 😂🤣😂

@9:49 somebody needs to put a battery in that fire alarm

They lakers should keep everybody 😡...green even though he did missed some shots but he was playing defense Nd he was chasing players making damn uncomfortable

Such an awesome video!

I used to love this show. Skip Bayless used to be a source of insight and Shannon was a good balance with a different perspective. Now Skip has become one dimensional. His whole agenda is now to be a Laker Hater, His statements switch according to who is leaving the Lakers and who joins them. You can’t trust Skip’s commentary anymore. Shannon needs a new co host.

DIDNT HAVE THE MENTAL TOUGHNESS TO STICK IT OUT ,SURELY THEY SHOULD BE PRAISED FOR BEING MENTALLY STRONG AND TAKEN CARE OFF PHYSICALLY

Lmao with out skip this show wouldn't be the same

Skip “You know it and I know it” Bayless

Shannon speaks fact when they talk about the lakers

Trezz not in shape.? So clippers were better team than they showed.? Lou was late too, so he was outta shape..? Ok Shannon, now you wanna say excuses for Clippers.? I thought tooted your horn for so long.?

Nets vs Clippers in Finals. Doc Rivers can't save your elimination ANY LONGER.. Rondo saved the Lakers 4 games..

Gasol slower in rotations than McGee and Howard. Trezz all offense, no defense. Rondo was a huge PLAYOFF loss. Schroeder is not PLAYOFF RONDO. Laker hopefuls capping..

They lakers should keep everybody 😡...green even though he did missed some shots but he was playing defense Nd he was chasing players making damn uncomfortable 🐆...for once I think skip is right..Dwight was a big impact to our defense...going to be hard to hve that chemistry back again..a lot people don’t understand..casol can’t play defense, montrel can’t play against jokic 🤷🏽 none of these players can chase players behind ..to be honest they should keep everyone besides Bradley replacing by schroder 👌

Don't do what first take does in just arguing just to argue and defending a a Cleary stupid point. Clips aint no favorites. Stop

Montrezl Harrell plays no defense. useless in the playoff.

SURELY IF THE LAKERS DIDNT HAVE BUBBLE TROUBLE THEY SHOULD GET CREDIT FOR IT ,NOT CRITISIZED ,HOW IS THAT BAD, HOW IS IT OUR FAULT OTHER TEAMS DIDNT HAVE THE MENTAL TOUGHNESS TO STICK IT OUT ,SURELY THEY SHOULD BE PRAISED FOR BEING MENTALLY STRONG AND TAKEN CARE OFF PHYSICALLY

How can skip look more dumb every time he speaks

As a laker fan, I am relieved that Rondo did not go to the clippers. Rondo would’ve mentored the Clippers into a future champion

Did Skip forget that the Lakers still have LeBron and AD? I can put G league players around them and make it to the Finals

Skip before the season: Trez is a liability on defence Skip if lakers win a chip: The only reason they won is because they had Trez

Skip "nobody wants to play with lebron" bayless

I hate Lebron's "superfriends teammate" era, but the Lakers got better. Ibaka, Gasol and Harrell is better than Howard and McGee ..it gives them versatility at C. Schroder could be a starter on any team and will make up for Rondo's departure. Matthews is a bit of a question mark but can fill Green's role without too much impact...meanwhile, the entire West got weaker ...including the Clippers who has culture and locker room issues...Lakers are still the favorite

According to Skip, the NBA Champs don't have that dog in them. 🤣🤣🤣

Skip is literally the only human alive saying the Lakers lost this offseason.

Montrez for Dwight. Gasol for Mcgee. Schroder for Rondo. Wesley Matthew for Danny Green while holdin on to Kcp, Caruso and Kuzma. Skip Bayless is literally the only person tryin to make that not make sense. Literally. The biggest Laker hater to ever walk the earth. He is making himself look like a fool with no shame. SKIIIIYUP. The Lakers will Repeat. It's ok baby boy

BEDDA TUHDAIII DEN WE WUH A MUNTH N A HALF AGO. U heard right skip. Way more scoring. Way more ball handling. And a big man that can shoot 3s pass and be solid on defense.

Wait skip talking abt fossils hes 65 dont be talking bout no fossils because u are a fossil edit: hes 68 years old my bad

I need Shay as my hypeman

Skip going to lose viewers for his antics

Skip is in denial like trump lol lol lol

Lakers winning title again because they paying players peanuts with the lure of a championship ring.

Dont do that Skip.

at last, skip is right. I think washed Gasol is a downgrade from Dwight

I mean yeah the lakers st some defensively players but Skip is forgetting that lakers would still have kcp, he can defend a little, caruso, matthews, shroeder(has improved defensively the last couple of years), Gasol who is still a big body, AD, Lebron and Markieff Morris plus they added mckinnie if that ain’t enough defense then idk oh i even forgot avout Kuzma who’s also an improved defensive wing lol Ibaka is a good signing and great fit for the clippers and also kennard but they’re biggest need is a locker room leader and a true point guard which they still don’t have.

Skip is a master troll.

Lebron would go broke if Skip started charging him rent to live in his head.

Skip has an incredible talent: Keeping a straight face while lying for 18 mins

Skip:whatitdo baby! Shannon: what it do? Lose?!

Skip always says this for whatever player the Lakers get: " Do you think X player is better than this former Laker from 2019-20?" It's so damn hilarious....

Or in this case for Wes Matthews, defender

Lebron about to get another ring 💯💯

Skip be hating everyday on the lakers

Skip so so stupid, he makes no sense

Not much has changed, Skip is still hating. smdh

Skip should share his annual 5 mill. SALARY With bron! He is only known for bron hatred. Thats all, thats his existence! No matter what the talk his, this man will come to bron conclusion.

Thabk you Avery Bradley for your service... in that one good game you had against the Clippers... before you pussed out of the bubble. Avery Bradley can kick rocks bruh good riddance

"Lebron's Lakers" I've embraced Lebron since he came here, but don't get it twisted, the Lakers are not owned by one guy. I hate when the media does this.

Confession: when this show first came out I wasn’t a fan , now it’s my favorite. Confession: Shannon has the best personality lol

white chick with the awkward segway of course

Man am I the only one that caught Shay laughing like kawhi at 12:15 lmao 🤣 this dude be killing me man

Clippers fan here...WTF are the Clippers doing?!? Instead of trying to get better, they are getting worse! I dont hate on the Lakers at all even though I am a Clippers fan. Congrats to the Lakers for winning a chip this year. Who is behind these boneheaded moves the Clips make? Jerry West consulting does not seem to be working out if he is trying to make the Clips better! If this move in anybody's opinion is good for the Clippers, pls explain this to me... Very Very disappointed Clips fan here! Harrell played hard every minute he was on the court...energy like I have only seen from a couple players I have ever seen in modern time NBA.

Shannon is good at this!😂

Skip has an incredible talent: Keeping a straight face while lying for 18 mins

Who had the better offseason pickups: Lakers or Clippers?

This aged poorly for skip
Next videos 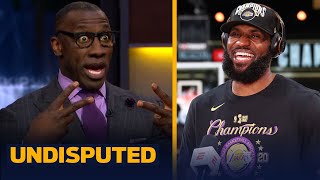 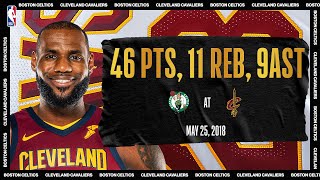 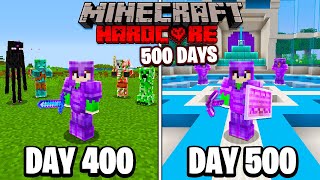 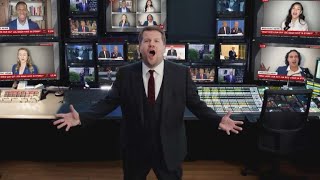 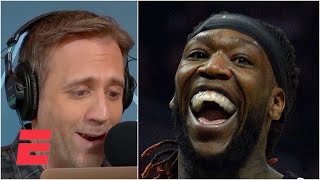 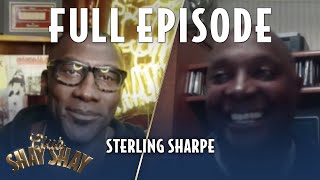 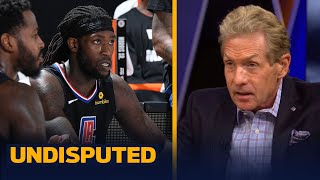 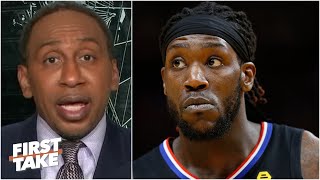 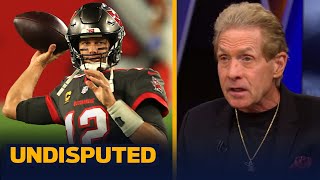 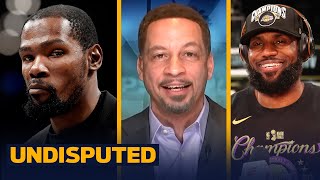 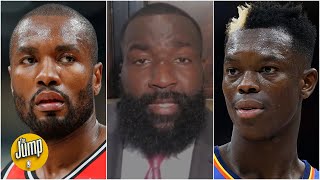 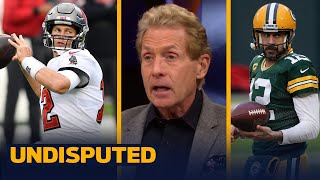 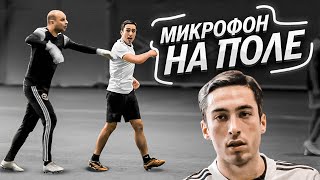 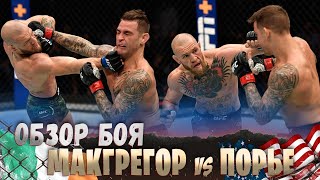 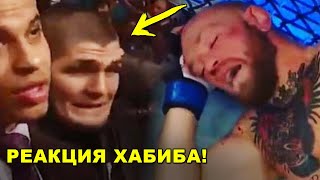 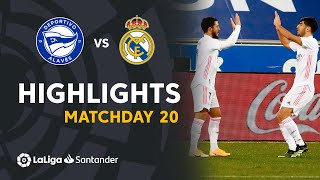 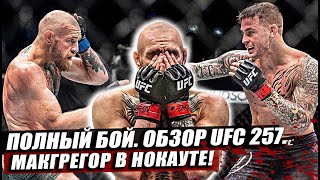 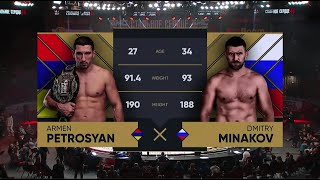 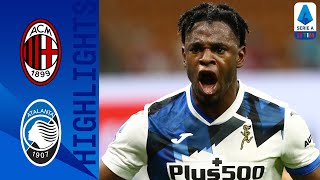