The Defenders Episode 3 TV Clip.
Iron Fist and Luke Cage Duo Fight scene.
#TheDefenders #Netflix
Four of Marvel's biggest heroes are each working individually but have one common goal in mind -- to save New York City. Burdened with their own personal challenges, Matt Murdock (Daredevil), Jessica Jones, Luke Cage and Danny Rand (Iron Fist) realize that they likely won't be able to accomplish their goals working solo. That realization leads them to team up and form The Defenders, a supergroup that is more equipped to save the Big Apple than the heroes would be if they continued to work on their own.

Iron fist runs all of Marvel.

Iron fist will not survive because the action is slow and makes the lead role as dumb. If the plot is not good making the lead role looks like dumb as a viewer I will loose interest in watching it

i dont get it. this was made before iron fist but Colleen knows danny

Robert Fairhurst ok thanks I get it now

Is it me or does he look similar to oliver queen from arrow anyone?

This show annoyed the shit out of me. Luke Cage is the most powerful of all the 4, but is just an ignorant fuck, who doesn't care shit about anything except to be alone. He could flush the worst shit from the world and single handedly get rid of all evil, but no, he's just a lazy sob, and when he met Iron Fist, the first thing he did was to tell him to check his privilege. Daredevil, OK, he did a lot for Hell's Kitchen, but when it comes to the hand, he acts like a coward little pussy and only fights them to get his gf back like dafuq, aren't you the guy, who always talks about saving the world? Jessica Jones - similar to Luke Cage, she can do everything, is stronger than regular humans, but no, she drowns herself in alcohol and acts like a bitch, because "Wah Wah, an accident killed my family, even though a scientist revived me and gave me special abilities, but I'm too big of an arrogant fuck to appreciate it, also I am such a huge stupid fucking bitch that I'm responsible for my mom's death", she has the abilities to save a whole town, but nooooooooooo, fuck helping others, because fuck people, but at the same time she is annoying the fuck out of everyone with her constant bitching instead of pissing off. Iron Fist: except for a glowing all shattering hand, he can't do shit, but is the only one, who actually want to help and stop the hand, and even though he has lots of money and just could go everywhere, he doesn't need anyone else, but he spends time and energy to gather the other 3 around him and find a way to stop evil. And as a form of gratitude he got mocked, insulted, beaten unconscious and laughed at. The other three constantly asked him, why tf they should help him saving the town they live in, instead of working together and find a way to stop evil. This is so fucking sad and disappointing, so in the end, Iron Fist, even with the weakest abilities of the 4, is the actual hero, since he at least WANTS to save the town and help others and risks his own life to do so. However, I would have liked to see in the series that the 15 years of constant exercizes actually improved his fighting skills and he should have learned more than just beating everything to mud.

the most decent version/adaptation of the iron fist was on this show, not even his two-season series did well

Why that Asian lady waving her gun around?

is it just me or did his leg clearly swing(swipe?) through air in 0:55

Oh yeah i see it now. I think the actor of that extra character accidently jumped too early but they thought we wont notice it

Why 2 seiries defenders and iron fist

So much fucking potential with these two. I hope they come back one day. Hell, if Disney+ brings them back, I might just subscribe purely for the reason to just watch them.

There need to be a Defenders season 2!

Why in the Word would Netflix cancell iron fist?? I love the show

I wanted to see the new gun that has iron fist Gun but instead it’s not on there anymore :(

They didn't. Disney cancelled it.

I really love it

I forgot what song this was

I thought Frank was in this series

Yeah man, I've expected him to be in one of the other series too. Maybe again in Daredevil, or at least Jessica Jones

Nah he's not apart of The Defenders and he's not fighting The Hand what's the point of adding him when he's not neccesary or relevant.

@Matt Murdock All of us thought he was there

This Serie was the best I’ve ever seen,they should bring season 3 really out😶 did anyone think that they would do that?

When to announce season 3

I love this show

Heroes for Hire
Next videos 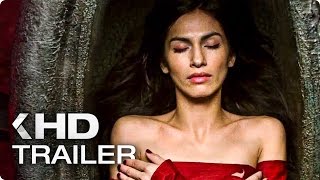 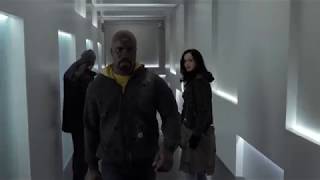 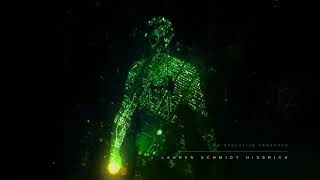 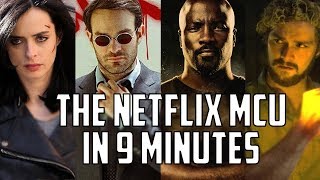 9:38
Everything You Need to Know Before You Watch ‘The Defenders’
Views 607 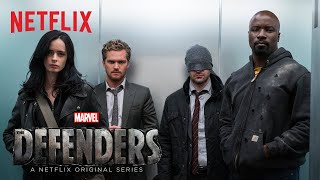 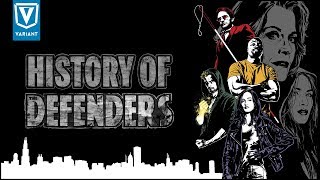