Today, y'all will see us #TwinSwap again, only we’ll be swapping places at several fast food #DriveThru restaurants! Do YOU think anyone will notice??
✅ If you loved this video, don't forget to follow us on INSTAGRAM! instagram.com/brooklynandbailey
Also, don't forget to get your BRAND NEW 4th of July hair scrunchies HERE (before they sell out)! brooklynandbaileyshop.com/collections/july-4
We originally saw Niki & Gabi (our great twin friends) attempting this challenge, and it was hilarious, which inspired us to continue the trend! Who knew being identical #twins can be so much fun! 😂
✅ You can check out NikI & Gabi’s video HERE: ruvid.net/video/video-IAZaLh28EV4.html
The key to this challenge, is to pull up to the drive-through and have one twin order something small. When we get to the window, that twin will then ask for something that she forgot, like a glass of water or extra side item. When the order taker turns around to process the new item, we quickly trade places.
We attempted to trick people at the following restaurants: Raising Cane’s, Panda Express, McDonalds, Taco Bell, Whataburger, Jack in the Box, Braums, Sonic, & Taco Casa.
We were able to trick a few of people, but not as many as we had hoped! It must have been because we just look SO similar in the face, that people aren’t as thrown off guard. We were epically failing on Day 1, so we decided to go out and film again the next morning with a more drastic, physical differences.
One of us wore bright clothing with minimal makeup, and the other wore dark eyeshadow, lipstick, dark clothing… and STILL not that many people noticed! 🙈 By this point, we knew that we had to try something else… so, we sent Bailey and her #boyfriend, Asa, out to try the same swapping challenge to see if more people would notice!
Bailey and Asa ended up tricking a lot more people, obviously, since they look nothing like each other! Either way, we seriously had the BEST TIME filming this video! It was a lot of fun, and we ended up with enough food to feed our entire family, Asa, and our production team!
What was the funniest part of this video for you??? Comment below!
💋's - Brooklyn

What is your favorite fast food restaurant?? Comment below! 💋's - Brooklyn

WE ARE IDENTICAL QUADRUPLETS and This is a GREAT CHALLENGE!!! We just started a challenge series, starting with the first ever Identical QUAD Face ID Challenge and will definitely do this one too!!!

One of you should dye your hair aqua.

These twins never give up

Ithink u beautiful and cute

i Love your purple hair 🥳

6:18 we need more of these treasures

I think you should dye it green

Just say can i get some water pls

what are we doing wrong? your identical twins for googness sake

I like purple, but if your wearing it I love it, I also follow you guys on tic tok! I love your videos 🤩💟💞

i love your hair

Guys remind me of the rybka twins

it would literally make my day so much better if i met them! i would prob scream! haha

Acts 2:38 (KJV) Then Peter said unto them, Repent, and be baptized every one of you in the name of Jesus Christ for the remission of sins, and ye shall receive the gift of the Holy Ghost.....

Your purple hair is cute, Duhhhh.....

My favorite RUvidr is you

next video? "twins go on a diet after eating tons of junk food"

When a comment gets more likes than the video...

i think your channle is amazing

Brooklyn switching with her boyfriend have caused better reactions 😂😂

Not to be rude but she is right your hair is fine.

You just could have taken out the seat and than use a cover for the seat. That way you could switch faster. Besides doing it in the dark would make some things easier

Brooklyn should dye her hair purple permanently She looks.......🤩🌈

They switched so smooth

People who wish they were a twin after waching this vid: 👇

it better then two cars

I love your purple hair😘😍

I'm like "No fair!". What the heck is wrong with these cashiers? They must be too tired to notice. Smh. 🤣

Drive thru. Work soso hard for us and then we do this stupid. Trend

I like your hair but my fave color is green

12:33 I love Baily and Asa together💕 (No one tell them or or me differently)

why are you guys like the best youtubers ever?! what is your secret?

They do everything I wish I could do as a twin! 😩 Love then purple hair!

Better yet, send one in drive through looking identical to the one ordering at the front! LOL!

Next time, make sure it's like total transformation on the outside everything but the face! SAME FACE BUT POOR VS RICH! So start with the RICH girl and Bring out the Poor girl then start with the poor girl and bring out the rich girl! You will be surprised when you see how they react! LOL! I recommend starting with the rich perfect looking girl and then swap to the poor girl! The rich girl coming out may mess up her hair so poor girl should come out and rich girl start.

nice video to watch.. i hope you have time to watch my video about mtb chill ride philippines..good to you and keep safe...

This is my first time waching you and I love you

Do yous live in Australia because i do
Next videos 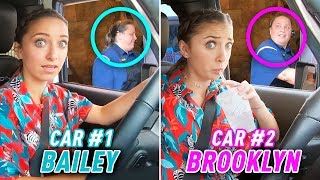 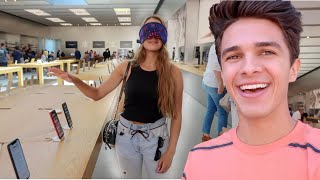 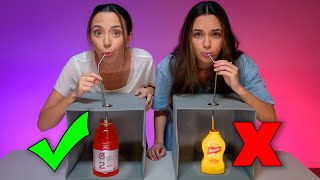 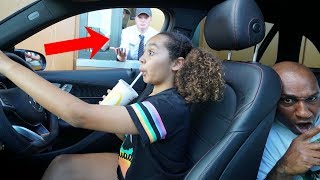 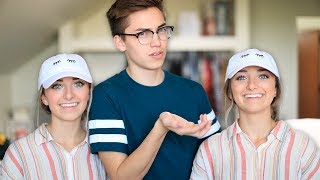 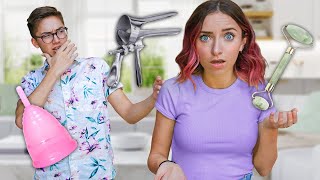 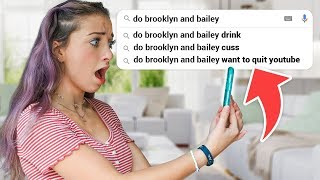 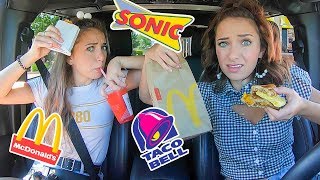 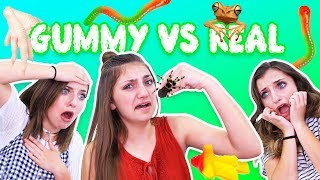 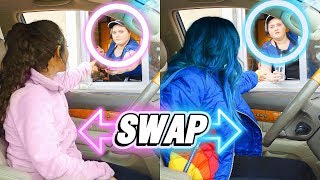 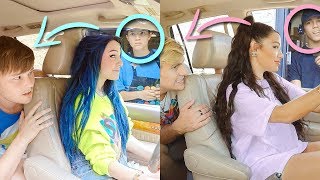 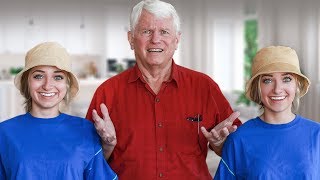