An escalator collapsed in a Rome subway station Tuesday evening, injuring at least 20 people. Most of the injured were Russians in town for a Champion's League soccer game.
To read more: cbc.ca/1.4875871
»»» Subscribe to CBC News to watch more videos: bit.ly/1RreYWS
Connect with CBC News Online:
For breaking news, video, audio and in-depth coverage: bit.ly/1Z0m6iX
Find CBC News on Facebook: bit.ly/1WjG36m
Follow CBC News on Twitter: bit.ly/1sA5P9H
For breaking news on Twitter: bit.ly/1WjDyks
Follow CBC News on Instagram: bit.ly/1Z0iE7O
Download the CBC News app for iOS: apple.co/25mpsUz
Download the CBC News app for Android: bit.ly/1XxuozZ
»»»»»»»»»»»»»»»»»»
For more than 75 years, CBC News has been the source Canadians turn to, to keep them informed about their communities, their country and their world. Through regional and national programming on multiple platforms, including CBC Television, CBC News Network, CBC Radio, CBCNews.ca, mobile and on-demand, CBC News and its internationally recognized team of award-winning journalists deliver the breaking stories, the issues, the analyses and the personalities that matter to Canadians.

That’s poor engineering and design! Properly you would design it to handle that weight and at least 3-10 times more just to be safe. Seems like they had to cut corners from lack of funds. I would of jumped off, falling into metal is a nightmare! I hope everyone is okay!

I hope those injured heal quickly.

I’ll just add escalators on my list of fears @_@

Actually, they should have the standing area and down walking area what I mean is like they shouldn't stand on the escalator all together that would definitely break the systems of the escalator in terms of their weight. instead they must have a side for standing another side for people to walk down like Singapore escalators, So that everything would be balanced.

am your big fan bhai

Who was jumping? Didn't see one person jump, just the high speed of the escalator... They are trying to deflect blame.

In london there is a proper way people use the escalators

One of my worst fears when going on one at the airport!

That mosh pit was intense

It is kinda their own fault. Why the hell would you stand with like 30 people on an escalator?!

we have way more people on escalators here and nothing like that has happened... and i didn't see anyone jumping BEFORE the escalator malfunctioned. They claim they were jumping to get out of responsibility to all of those people.

Poor kid.. needed to see the whole scene. I hope the people that got injured are okay now.

The one time you SHOULD push the big red button.

People, don't get me wrong. I know good and well how dumb we Americans can be, but what's with Europeans getting THIS out of hand over a sports game?

My guess is imported from china

They will be faster

Wait Russia then its a normal day

How painful it is, that when you a passion for something it will just suddenly took away from you but yeah you can learn how to manage a new life for you guys, always believe in yourself. 💜

How does an escalator randomly speed up...or did someone somewhere take a prank too far? Great...now I have a new fear...

Now you know to not jump on the escalator 😐

What the hell even happened here? Looks like they were all sliding from the jump. I’ve never seen a escalator going that fast😱

god deam .. where there is IQ when u need one

0:01 When roblox players sees real free robux on the ground

I was there its next to the Spanish steps

why was the escalator going so fast?

Dancing and jumping people escaped ..but others got injured

Not made in China but the maintaince ???? Lol

This is why I hate escalaters and elevators..

In soviet russia, escalator rides YOU!

Wow that escalator has a weight limit just like anything else! You don’t see 25 people crowding into an elevator same concept!

It's because they were jumping on it

Why just why would you jump on an escalator 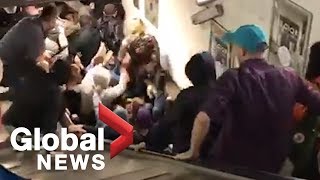 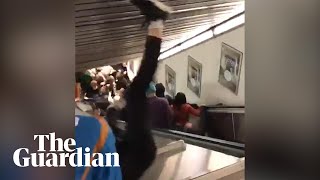 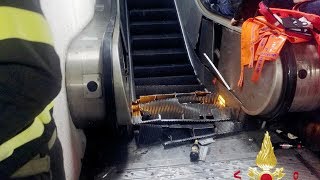 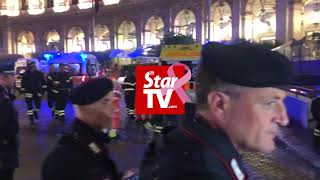 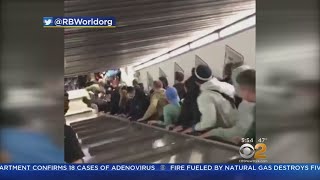 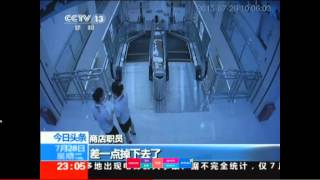 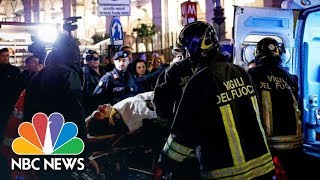 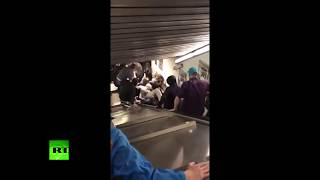 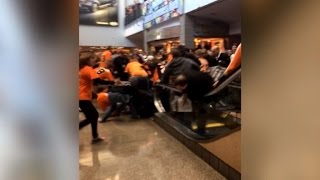 2:05
Hockey Fans Fly Off Broken Escalator, But It Happens More Than You Think
Views 1 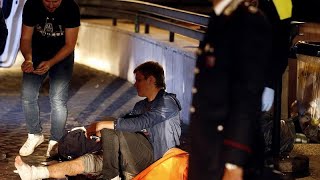 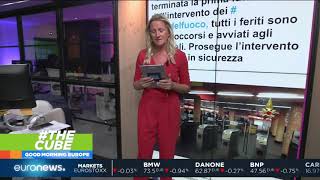 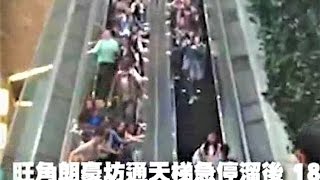 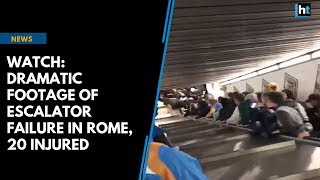 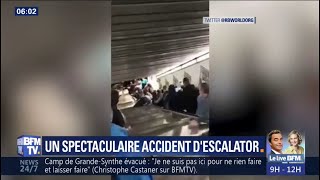 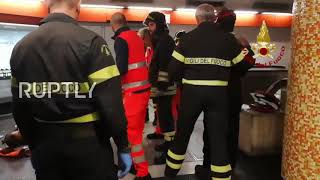 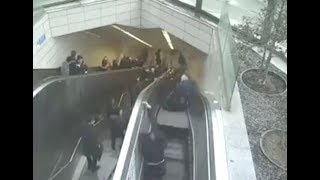 2:06
Moment an escalator collapsed and swallowed a man falling through hole at busy underground station
Views 256 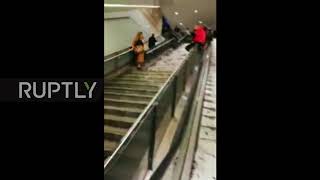 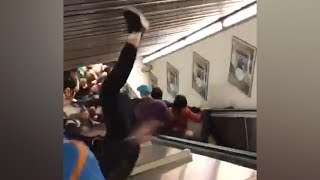 0:42
Escalator speeds out of control at Rome metro station
Views 3 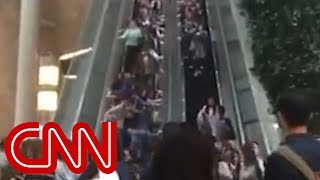