Written and performed by Architects
Lyrics by Dan Searle
Produced by Dan Searle
Co-Produced by Josh Middleton
Additional Production by Pete Miles
Mixed by Zakk Cervini
Drums Engineered by Adam ‘Nolly’ Getgood @ Middle Farm Studios
Vocals produced & engineered by Dan Searle @ Brighton Electric Studios
Lyrics
I do my best but everything seems ominous
Not feeling blessed, quite the opposite
This shouldn’t feel so monotonous
It never rains but it pours

Should I just pull the pin?

Life is just a dream within a….

….dream within a dream within a….
Official Site: www.architectsofficial.com/
Facebook: facebook.com/architectsuk
Twitter: twitter.com/architectsuk
Instagram: instagram.com/architects
Epitaph Records is an artist-first indie label founded in Los Angeles by Bad Religion guitarist, Brett Gurewitz. Early releases from a variety of punk heavyweights helped launch the 90s punk explosion. Along the way, Epitaph has grown and evolved creatively while sticking to its mission of helping real artists make great recordings on their own terms.
#architects #forthosethatwishtoexist #epitaph

God showed me different cultures. I love this side of music as a rapper or rap listener. More minister now. Full respect

Last three songs they released sound like a Linking Park on steroids! Wtf? I really loved their unique sound, that's why people were crazy about them! Now Architects are no more than just another cookie cutter metalcore band... Architects R.I.P

This is what the taliban listens to.

New album is ordered ready for when it's released...I am genuinely looking forward to it after hearing this and dead butterflies, this is everything I need right now, thanks.

That opening riff makes me wanna break a box of floor tile.

This song gives me a mixture of a Three Days Grace, Korn and Linkin Park vibe.

Nah I get more a Rammstein vibe from this some

Just a bunch of f*cking GOOSEBUMPS

vm.tiktok.com/ZSweX8Ls/ started a cover of this song

This has a Bring Me The Horizon vibe. 🔥🔥🤘

Producer: Okay, so how wide you want this vid to be? Architects: Do you know the meaning of thicc? Also, stupidly insane song, keep it up, song is really good

This is not the architects i remember. Where tf is the BLEERGGHH?!

"Shall I just prout de pine ?"

This will be the best song on the album. How I missed industrial music.

I can't stop listening to this track. It pumps me up!!! Bravo Guys!

This song is SO GOOD, haven't stopped listening to it

I feel you. Whenever I pack a bowl, or crush bud, I gotta listen to this😂 I was even brushing my teeth humming this lmfao

That fucking chorus, blast it with headphones. MY FUCKING GOD.

Who's here because they lost the headbanger challenge

Middleton is the real animal

This... this song made me love metal again I rock out every time I hear it I lost interest years ago in metal and this song dragged me right back in, I fucking love your guys band !!!!! I cant believe I'm just discovering you guys now!

Search all over cause i thought and i hoped Chester had one more in him but sad to find out, this is what ever this is

i love this even more

left speech less this song just captured what I was thinking.

I feel these lyrics deeply, love you guys so much!

This what I needed to hear thanks

It sounds like something broke out of containment lol

Listen it at 1.25X and thank me later

Thanks for wasting my time. That was trash

Beating that drum like it owes him last month’s rent.

you'll get your rent when you fix this damn door!

Heard this on Hard Drive and had to check it out! Awesomeness!!!!

I cant stop to listen this song , masterpiece .

hmmmm meh. The beat drop is great, but I'm just not feeling this song. No disrespect but vocals are too commercial. It may even get radio play, which is great if that's the goal. Not for me.

ROCK WILL NEVER DIE with artist''s like you !!!!!! AMAZING

one of their best songs hands down

song has me sitting on the t.v to watch the couch.

Is the band playing in front of some caretaker album art?

Probably my favorite song by them, or Royal Beggars

I’m currently dealing with the loss of a friend and finding life pretty difficult right now. However, your music is helping me get through💔❤️ I seriously cannot wait for the new album🤘🏻🖤

Fuck this world fuck this life

Oh, so the Capitol was the Glass Cathedral.

This song is so unbelievably catchy.

Bring me the architects. WHAT THE FOOK IS THIS M8?

Damn this song is AWESOME! I dont know why that noise with the base guitar reminds me the chernobils alarm! Simply perfect👌🏾

Is there a band that consistently hits it out the park like Architects do?

Hello new band I have never heard of before. I fucking love yalls sound.

Ok, I literally type "music for architecture videos" and this came on top. I spent half morning listening to their music untill my boss caught me, but I'm a fan now.

This song makes me want to scream at my neighbor's mom good morning!

This is pure BAD ASS!

That hits hard! I love it!

They truly restructured their band, and I love it. I feel like after Tom died, they wanted to try and recreate what they were, which wasn’t possible without him there. This sounds like they are being themselves, and it works. That’s why I personally prefer “all our gods have abandoned us” to “holy hell”.

The heart tattoo is so cute aww

I love this song but its unexpected... it doesn’t sound like Architects but its still great. Its like... a Chester Bennington song almost.

At least we got new Sylosis...

This just came out? omg what a beat

This song motivates me in the shop to build big fast snowmobiles. This songs going wide open all the way to the track this sat. The sleds a fuckin animal.

Anyone else hear radio 1 playing this without censoring 🤣🤣👏🤘🏻

the best part about 2020 was this song

My beautiful daughter sent me this song, I love it. Great band❤️🔥

Didn't know that Wolfgang from Sense8 was a singer in a metalcore band.

This is the perfect song for a "Don't headbang challenge"

@Jallybwan I hear Architects all the time on Razor 94.7 from Green Bay/Appleton, WI.

@Valkryn Rose What radio were you listening to that had Architects? :o

Dude, sitting in the Arby's line when this came on the radio and started headbanging.
Next videos 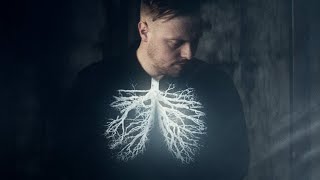 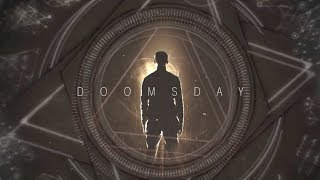 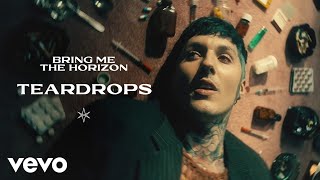 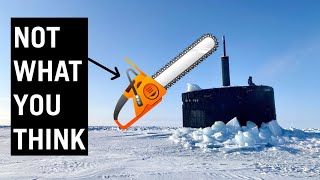 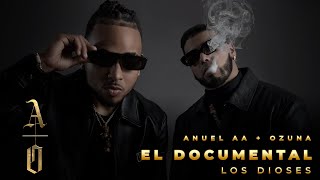 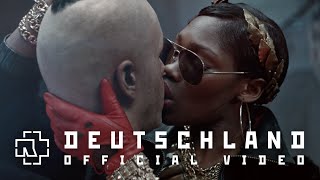 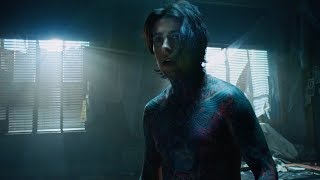 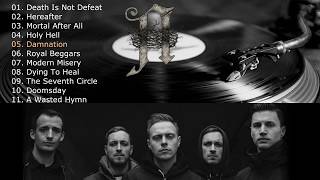 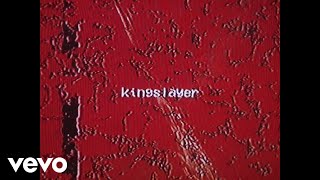 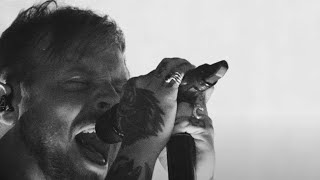 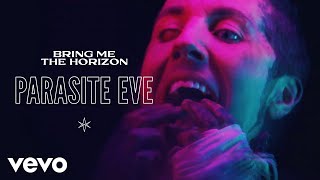 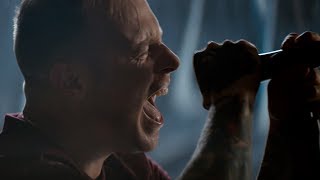 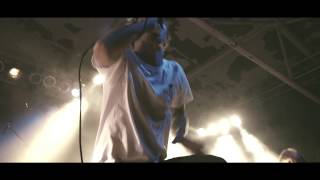 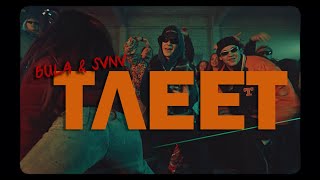 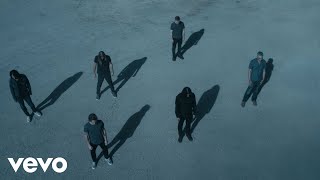 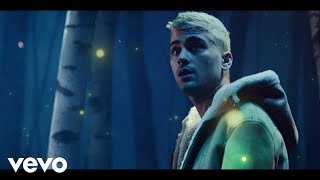 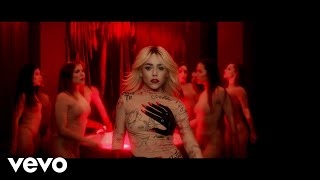 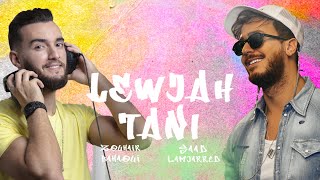 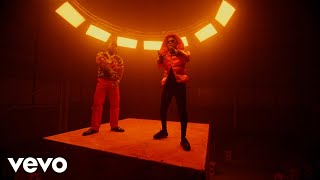 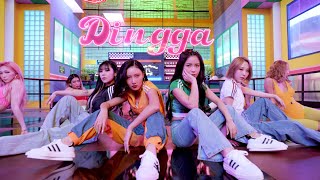 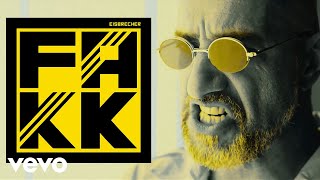 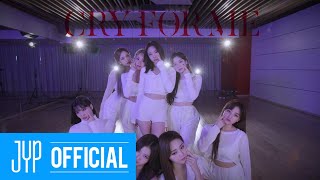