2017 Lincoln Continental review:
2017 Lincoln Continental: The comforting return of an American icon
The Good
The 2017 Continental marks a welcome return to relevance for Lincoln. A serene ride and posh cabin blend with a powerful twin-turbo V6 to offer a uniquely American take on luxury.
The Bad
It's all too easy to bloat the window sticker with expensive options, and rear seat headroom is surprisingly compromised. A full suite of advanced safety features are not available on all trims, and more of them should be standard equipment.
The Bottom Line
Not content to chase the Germans, Lincoln crafts a handsome flagship that bravely emphasizes coddling over dynamics.
The auto industry's definition of luxury is forever changing. Novel features constantly trickle down to models of lower price tags and status, so premium automakers are always on the hunt for The Next Big Thing. The heated/cooled seats and sleek glass showrooms of yesteryear have given way not just to 30-way massaging loungers, but to inclusive ownership experiences with butler-like services.
What's interesting is that in terms of performance, today's luxury sedan market is showing signs it's going back to the future, putting an emphasis on coddling performance over cornering prowess. That may not play well for marketers who love to show their cars hustling over Alpine passes or powersliding on dry lake beds, but it's probably more consistent with the way buyers actually drive, and it's certainly more in line with Our Autonomous Future. If not a total refutation of the sporty Germanic driving character that nearly all luxury automakers have been tilting at for decades, this change is at least a significant development. Need proof this trend has legs? Look no further than new cars like the Genesis G80 and G90, Volvo S90, and this car, Lincoln's reborn Continental.
Yes, Lincoln Continental. It's been a while since we've heard those two names together. In fact, it's been 15 years since Ford's luxury brand offered a Continental, and it's been much, much longer since the famed nameplate wasn't an embarrassing, tarnished mess. This new 2017 model not only aims to restore some luster to one of the great monikers in all of motoring, it's on a mission to make Lincoln relevant again -- not just here in North America, but in China, the world's largest car market, where the brand will have to succeed if it has any hopes of surviving at all.
Spoiler alert: The new Continental is a very nice car.
This $1,750 paint is called Chroma Elite Copper Metallic, and unexpectedly, it grows on you.
The chief thing that's been holding Lincoln back all these years is a profound lack of investment. If Ford's now-dead Mercury models offered Blue Oval cars with a bit more content, Lincoln's didn't do much better, slathering on a schmear of chrome frosting and little else. And while this new Continental doesn't ride on its own dedicated platform, it still feels like a clean-sheet execution.
Let's start with this Lincoln's curb appeal, because... it has some. I mean that literally -- the Continental's best, most distinctive view is its profile, the aspect you'd see when standing alongside one on the sidewalk. When viewed from the side, not only can you take in this Lincoln's vast scale, you can see its most unique design attributes: its startlingly clean sheetmetal and improbably enough, its door handles and mirrors.
The former are uniquely integrated into a band of chrome just below the windowline, a placement that necessitated using electric microswitches to activate the release (mechanical assemblies wouldn't fit). The handles look great and feel both substantial and appropriately cool to the touch. My only wish is that the back doors were rear hinged, so that you could pull open both handles like a big Sub-Zero fridge, or, more accurately, like a 1960s Elwood-Engel-era Continental, whose slab sides this new model tries to emulate. But suicide doors would've been a crippling engineering cost and crash-test challenge, so front hinges it is.
It's not often that mirrors are worthy of note, but the Continental's are almost sculptural in detail.
Read More www.cnet.com/roadshow/auto/2017-lincoln-continental/review/
"Cadillac CT6, Volvo S90 interior 2017"
"SUBSCRIBE NOW"

65 Lincoln much better than this shit

The taillights is the only thing I don’t like

Its giving me jaguar and Bentley...nice...I was debating on this car or a caddy...I guess my mind is made up now...in the color Black...with cappuccino interior...vroom vroom...

Too bad this model is going away

Lincoln giving ppl their money's worth!

Your Full Review forgot to open the hood.

Its a gorgeous car, not one aspect that isn't attractive, Lincoln is BACK with a bang.

Eh, The Kia Cadenza or K900 are much better vehicles overall

I the from brazil

This is the best luxury American car.I love it

04:10 Why is the engine button wobbling so cheaply in a great interior like this?

Only German car I would buy is a Volvo. I especially love the new t6 estate model. However I also love Ford. My dream ownership is an F-450, Camaro ZL1, This continental, and an Escalade. Right now I have a Lariat F150 and a Prius. Hats off to my Prius 300000 miles in ten years and when I drive it I get 100 mpg it literally makes me money. Soon i will hand it off to Uber and let someone else do the driving and then it will really be making me money. Love my 5.4 f150 however I restored it and now it sits most of the time. 2019 is the year I’m deciding whether I go Volvo or Lincoln what do you guys think

Ford!!! Have they made a horrible decision in the last decade? Amazing technology with amazing offerings. Love Ford!

Rear end is really uninspired. They should have kept the tombstone tailights.

The Revel audio system was my only major complaint when I test drove a Continental Premier last month. The preset frequency range is so loaded with base that the fader does little to cut its energy range. This has been a major problem with many factory audio systems. Auto factories need to install a graphic equalizer so the owner can choose to boost or cut the energy of specific frequency ranges. That way, everyone is happy.

HAND BUILT by me.

If your narrator didn't use uptalk every few seconds, I might've bought one.

You lost me at “opens new worlds above” lol lame

Why am I seeing a Jaguar on its Front.

This is just an ad

Bill Ford could not grasp that his Aussie made Ford sedans (made until 2017 with rear wheel drive and a 340 kw engine) would have well suited the American sports motorist. Sometimes common sense just cannot fit with the Boardroom.

They should have made a version with suicide doors...

They are pouring it on a little thick, don't you think?

I like it but that new caddy cts...mannn listen

You couldn’t be more wrong. Many taxis where I live in Munich are Chevrolet’s, I had a Cadillac for ten years, no problem , Chrysler has several dealers in Munich, Lincoln’s can be bought and serviced through ford dealerships my neighbor has a Buick and another neighbor has a mustang.

This will never be a Lincoln, Maybe if Lincoln got their act together and created a TOWN CAR, like they have posted pictures of it would be a true LINCOLN. Right now the Lincoln looks like all the foreign so called luxury cars. You can put a lot of bells and whistles on it but it is not a real Lincoln.

I will take four so I do not have turn them around...

I'm going to buy one!

2:50 how to have intercourse

WHY DID THEY STOP MAKING THE TOWN CAR???The best american car EVER made!!!!!

Could any one tell me the price of this please?

This is a Ford Taurus!!!! Where’s the Lincoln?

It better have rear wheel drive and a V8 or no one is interested.

I like this car very much, but unfortunately they don't sell it in germany.

I cannot believe this car didnt sell well. Its fantastic in the black label trim

Omg it lights up when you approach! 😍😍😍😍 I had a Lincoln town car for years that rode smooth until the air suspension went out and had to trade but I always liked Lincoln

This is just an ad, not a review

I have always loved Lincoln and Cadillac. People used to make fun of me because I was young and they would say oh you like grandma cars. I just wish they would have made these and the Cadillacs bigger. I like the big and long cars of the 70s . I think they would be a better selling car if they would have stuck with the land yacht approach. I still think they are a great car just make them big.

I found my ford focus and now so can you

Please bring it to Europe! I love American cars including Cadillac and Lincoln and I don't understand why they don't offer it on the other side of the pond. Not only are American cars very comfortable to drive and have a lot of technology in them, but also they are reasonably priced.

I'm agree with you

Taxes. The EU has taxed away american cars by design for decades. First they designed it by taxing large engines much more (american cars had large engines and european small engines), and after the american car makers adjusted they taxed weight. Now its just 10% on all US car imports but I guess its falling soon.

You can, but most of them not officially. Lincoln for instance has no official dealers in Germany or anywhere else in Europe , so you can't get the service that you would get in the US or that you know from other car makers. With Cadillac it's a bit better, but still there are very few car dealerships in Germany/Europe and you won’t get all models. So you have to deal with a lot of problems and would need to put in a lot of enthusiasm.

Did they complain about the ford

The pictures and videos don't do this car justice whenever i see it in person im in awe.. i love this car.

The Cadillac may have successfully beat down the Audi, BMW and Mercedes-Benz but it's overlooking the Lincoln with its Navigator and now this Continental.

Audi A8 is far much better and economically. spx 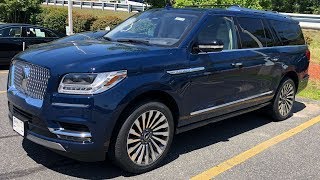 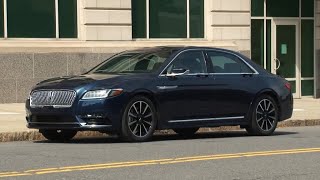 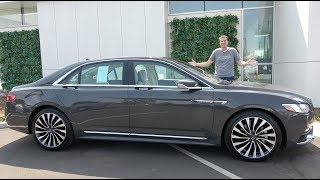 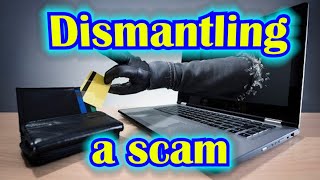 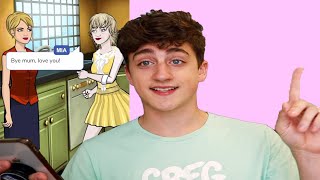 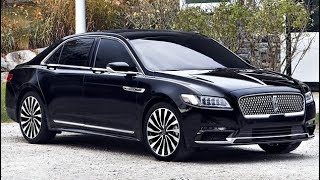 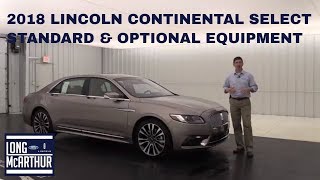 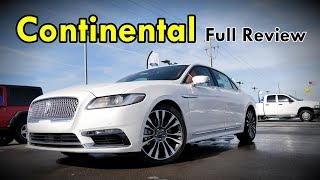 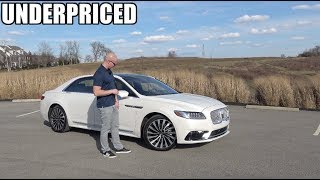 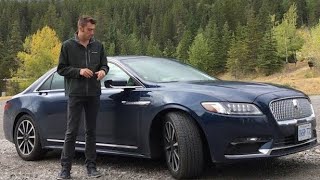 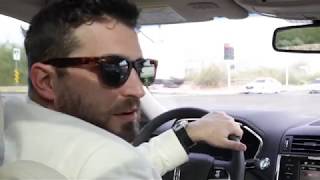 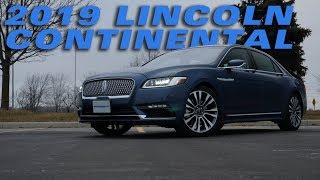 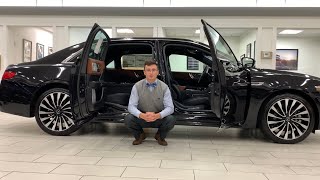 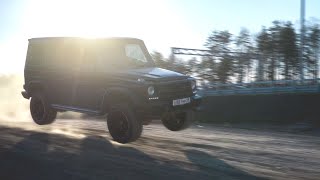 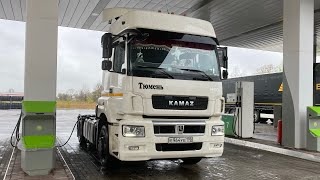 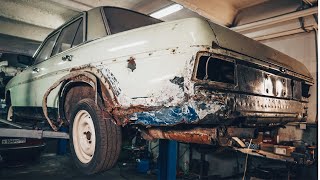 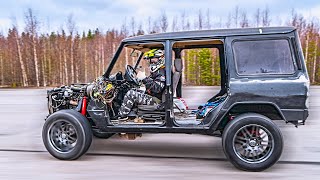 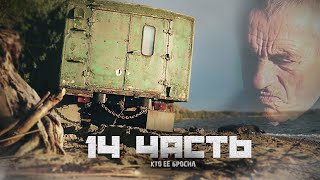 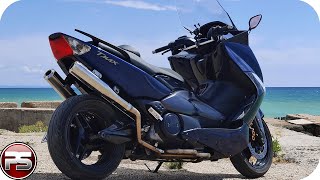 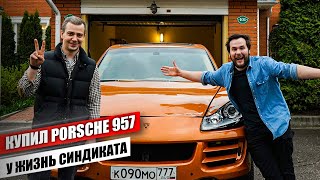 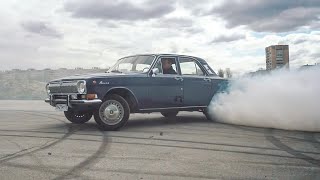 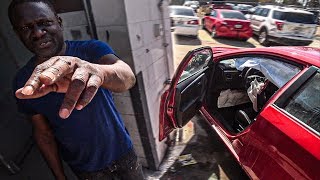 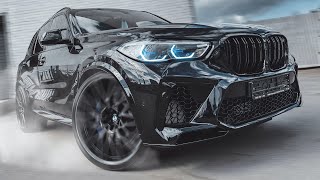